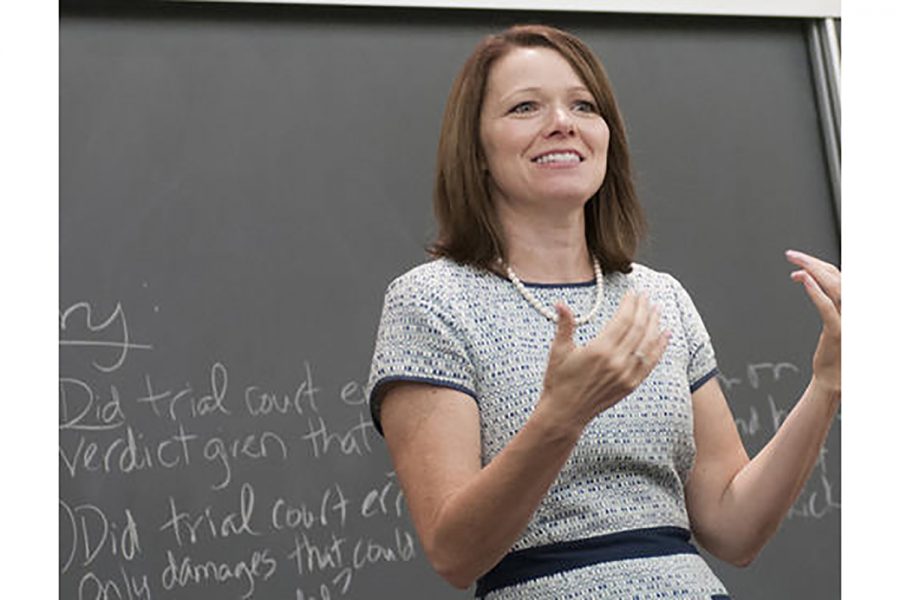 Congratulations to Democratic State House candidate Christina Bohannan, who has just been awarded the “Gun Sense Candidate” distinction by Moms Demand Action for Gun Sense in America. The designation is awarded on a nonpartisan basis to candidates for public office who have demonstrated that they will govern with gun safety in mind.

While not an endorsement of one candidate over another (more than one candidate in a particular race can be awarded the distinction), the designation of Gun Sense Candidate can give voters who care deeply about reducing gun violence in our homes and neighborhoods full confidence in a candidate’s commitment to sensible public policies for permitting, background checks, extreme risk protection orders (“red flag laws”), and safety in public places.

We believe that kind of confidence in Bohannan, a professor at the University of Iowa law school, would be well placed. She cares deeply about the issue of gun violence, and up until she entered the race for state representative in House District 85, she brought her leadership and her expertise in constitutional law to state and local Moms Demand Action for Gun Sense efforts to educate Iowans in the ongoing public debate about Second Amendment rights.

In particular, she has helped to raise the alarm about the dangers of a proposed amendment to the Iowa Constitution which would subject any infringement upon “the right to bear arms” by state or local governments to “strict scrutiny” by the courts. The amendment was passed by the current Legislature and must be taken up again in the session starting in January. It has the potential to nullify all the sensible restrictions on the purchase and use of firearms which are favored not only by a majority of Iowans, but even a majority of gun owners.

Bohannan is unambiguous on these issues, stating on her Facebook page that “[w]hen I am in the Iowa House, I will advocate against adding a gun rights amendment to the Iowa Constitution and for common sense gun safety legislation.” Because Iowans care about gun violence, Moms Demand Action for Gun Sense encourages voters to assess carefully the commitment of candidates to pursue progressive gun sense policies.