Typically set for June, the Iowa City Pride Festival has been canceled. This was set to be its 50-year celebration. 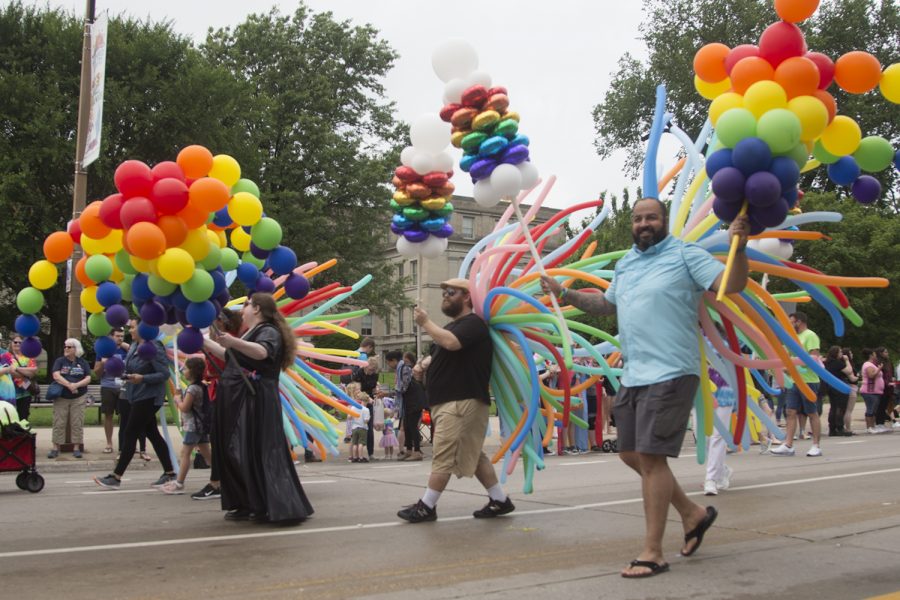 The annual Iowa City Pride parade and festival for LGBTQ community members and allies have been canceled amid COVID-19 uncertainties and in efforts to combat the risk of a large-scale gathering, Iowa City Pride shared Monday.

Originally set for June 19-20, the celebration this year was set to be the 50-year celebration of LGBTQ students marching in the University of Iowa Homecoming parade — an event that paved the way for Iowa City Pride’s existence, according to the release. The official 50th Pride celebration has been postponed until 2021.

“This decision was ultimately very difficult and disappointing for many of us to make, especially knowing that so many of our community members need to hope of things returning to normal and Pride festivities could be a large part of healing from this trying time,” the release said.

Plans to participate in a virtual Pride celebration on June 27, in which multiple cities are participating, is currently underway along with plans for smaller events along the way. There are also plans for Iowa City Pride to participate in the fall 2020 UI Homecoming parade.

“I know what Pride means for Iowa City and to the LGBTQ+ community around Iowa and the world,” Pride President Anthony Sivanthaphanith said in the release. “Ultimately, the safety of all our communities is the most important. Pride is more than June, it is something we can celebrate every day.”

The news comes as local and state officials continue to extend building closures and restrictions on large gatherings to contain the spread of COVID-19, the disease caused by the novel coronavirus.

Iowa Gov. Kim Reynolds has only extended closures of nonessential businesses through at least April 30 so far, but she has ordered that schools remain closed for the rest of this academic year.

Johnson County officials announced buildings will stay closed through at least May 4, and the City of Iowa City announced Monday a number of closures for recreational facilities through May.

Meanwhile, the UI has canceled in-person instruction through mid-June and has not yet made a determination on whether the final sessions of summer courses will move online.