Riley Till to finish college career at Cal Poly

Till will also pursue his master's degree. 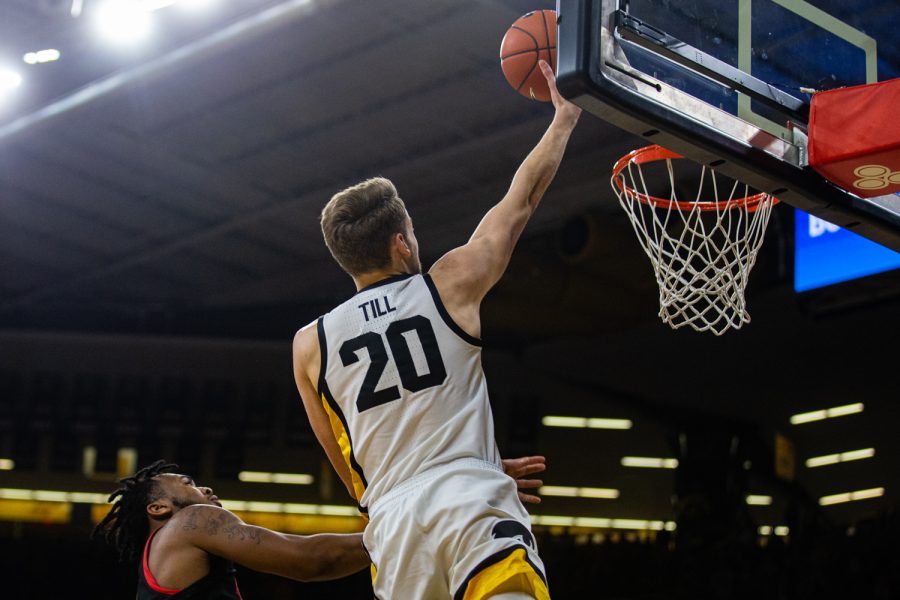 Iowa forward Riley Till takes a shot during a men's basketball game between Iowa and Maryland at Carver-Hawkeye Arena on Friday, Jan. 10, 2020. Till played for 3:31.

After his Hawkeye career came to an abrupt end earlier this year due to the COVID-19 pandemic, Riley Till announced on social media Friday that he will continue his college basketball career at Cal Poly while also working toward his master’s.

Till, who has spent the last four years as a forward for the Iowa men’s basketball team, heads to Cal Poly with one year of eligibility remaining.

The Last Chapter. Excited to continue my basketball career while pursuing my masters at Cal Poly! Thanks Hawkeye Nation for all the love and support! Cali here we come 🐎💚💛 @ San Luis Obispo, California https://t.co/1C2j076l6c

Till appeared in 42 games over his Hawkeye career and scored 36 points. The 6-foot-7, 200 pound forward was a non-scholarship athlete in his first three years at Iowa before earning a scholarship in the spring of 2019.