The higher-education funding outlook remains uncertain as lawmakers lack clarity on the state budget amid COVID-19. 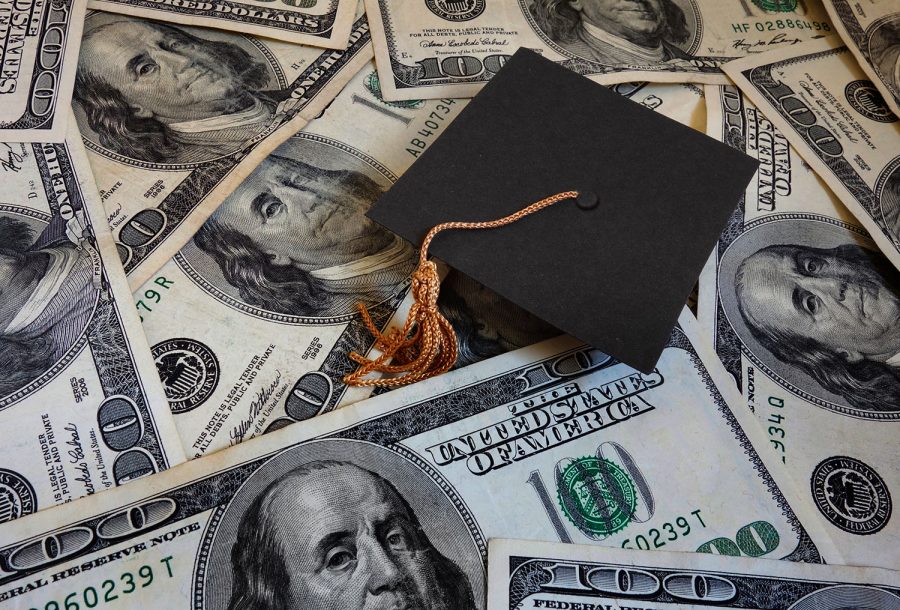 President Trump passed the $2.2 trillion federal Coronavirus Aid, Relief, and Economic Security Act in March to provide emergency relief to individual Americans and businesses affected by the COVID-19 pandemic, but higher-education advocates say the sector’s nearly $14 billion share of the historic aid package is not nearly enough to make up for institutions’ funding shortfalls.

The spread of COVID-19 has upended university life for instructors, staff, students, and administrators across the U.S. and forced campuses to close down for several months to flatten the curve of positive cases.

A nonpartisan Legislative Services Agency fiscal note states the three public state Board of Regents universities will receive $45.5 million from the CARES Act, with the UI slated to receive $16.2 million from the relief package.

Funds are distributed based on enrollment of students who receive the Pell Grant, a form of financial aid awarded to low-income students as demonstrated on the Free Application for Federal Student Aid. The allocation formula weighs 75 percent based on Pell students and 25 percent on the share of non-Pell students.

The National Center for Education Statistics’ database of postsecondary institutions shows that around 20 percent of UI undergraduates in the 2017-18 academic year, the most recent data available, received the Pell Grant with an average award of $4,323 — under that year’s maximum of $5,920.

Institutions must use at least 50 percent of the funds to provide direct emergency aid to students, including “grants to students for food, housing, course materials, technology, health care, and childcare,” the Legislative Services Agency reports.

Asked about how and when those funds will be distributed, and to which campus units, UI media-relations Director Anne Bassett wrote in an email to The Daily Iowan, “The university is currently assessing how it might allocate the funds and will share more details when available.”

American Council on Education President Ted Mitchell, on behalf of U.S. education organizations such as the prestigious research-institution group Association of American Universities, said in an April 9 letter sent to congressional leaders that higher education is facing unprecedented challenges as a result of COVID-19.

“Students are struggling to adjust to rapid changes in their families’ financial circumstances, while institutions are grappling with closed campuses, wholesale shifts in how they teach, and the unanticipated expenses that arise from serving their students safely during a pandemic,” he wrote.

He said the federal relief funds will help support institutions as they continue operations while attempting to plug holes in their budgets.

However, the CARES Act provisions do “not come close to filling the gap,” he said, as Moody’s investors service in March downgraded its higher-education outlook from stable to negative because of COVID-19. Mitchell said universities face potential losses of tuition revenue, state funding, endowment income and gifts heading into fiscal 2021.

He said the 2008 recession, which changed the higher-education funding landscape and sped up state disinvestment in higher education, provides a glimpse into the magnitude of a severe economic downturn. But he added that the pandemic poses unique challenges such as unparalleled enrollment declines and long-term campus closures.

It’s unclear what the revenue implications will be for Iowa’s public universities, both in regard to tuition and state appropriations.

Iowa Gov. Kim Reynolds in her fiscal 2021 budget proposal, unveiled in January before COVID-19 spread across the U.S., recommended boosting funding for the regents by $15 million — coming $3 million under the regents’ request for the budget year.

Regent spokesman Josh Lehman said in an email that “no decision has been made on tuition rates for the 2020-21 academic year, and given current circumstances, there is no timetable for that decision to be made.” He did not say whether the regents would consider hiking tuition above the range laid out in the model.

RELATED: Lawmakers plan for return to session amid budget uncertainties

Rep. Bobby Kaufmann, R-Wilton, told the DI recently that lawmakers should act conservatively when revising the budget in case of another disaster, and Iowa Senate Majority Leader Jack Whitver, R-Ankeny, said state officials also needed more clarity on how they could allocate Iowa’s $1.25 billion share of the CARES Act.

With the state tax filing deadline extended to July 31 this year, revenue from sales and income taxes could drop significantly.

“If they increase tuition to a point where students can’t afford to go, we know that enrollments are going to suffer as a result of that, which ultimately affects the university’s overall budget,” she said. “So, I think they will walk a tightrope there in terms of trying to figure out where is that place where we can comfortably increase, but not to the point where we exclude more students and they aren’t able to afford to go here any longer.”

She said with the skyrocketing unemployment claims and the burden on the health-care system with the number of positive COVID-19 cases, the disease’s impact has already been greater than the 2008 recession, but the universities at least have some federal-relief funds to fall back on.

Iowa Policy Project Research Director Peter Fisher told the DI that the state’s budget surplus for the fiscal year ending June 30 likely leaves the state in a sound position with the current budget year, but depending on how the pandemic continues to run its course, the regents may not have many options for funding.

The outlook for tuition hikes is uncertain, but Fisher said an increase “seems like a cruel thing to do at a time like this.” He hoped Congress would provide another wave of fiscal relief to shore up state revenues and prevent a need for drastic budget cuts, but he said he’d anticipate funding cuts to higher education.

“Unless Congress comes up with some broader aid like they did with the Great Recession that says this is to replace revenue that you’ve lost so you can maintain services — unless that happens, I think we’re going to see some substantial cuts across the board,” he said. “… The regents’ institutions, particularly in the last several years, have been a favorite target when the Legislature must cut budgets.”