While social distancing prevents large gatherings, the next steps in Iowa’s presidential nominating process will continue online and through the mail. 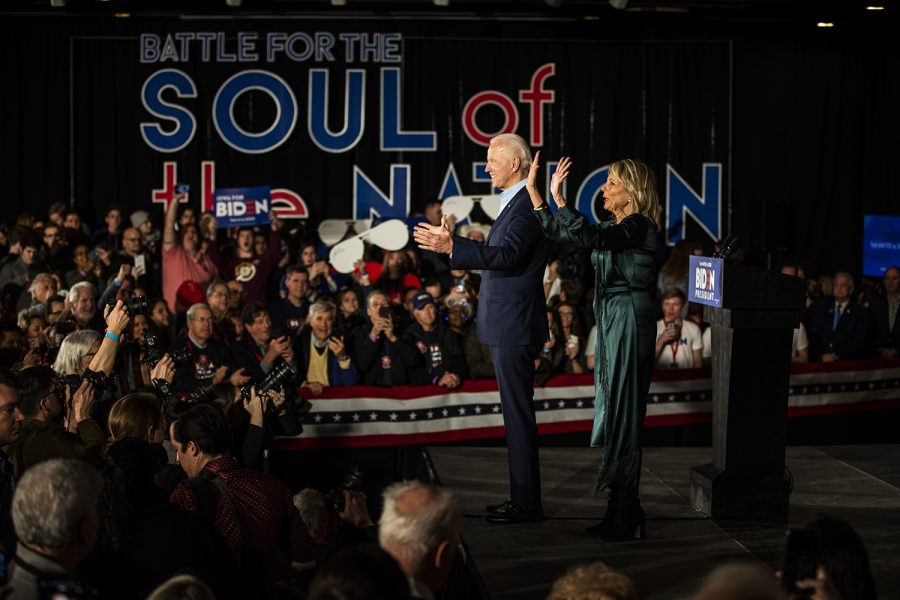 As rules around social distancing make hosting crowded conventions impossible, Iowa’s Democrats are choosing who will represent the party at the Democratic National Convention through an absentee voting process.

The Democratic County Conventions, originally scheduled for March 21, were first postponed, and will now take place in a completely absentee format.

Delegates elected to the county convention will register to participate the week of April 13-17, and will vote on April 22-30.

A total of 11,402 county delegates were elected statewide, chosen from precinct caucus sites.

Iowa Democratic Party Chair Mark Smith made the decision to move to virtual gatherings in line with Gov. Kim Reynolds’ order to limit social gatherings to no more than 10 people.

“The most important thing is that Iowa continue to have representation at the national convention,” Smith said.

Delegates, who were selected to attend the county convention at precinct caucuses in February, can cast their votes choosing delegates to the district convention online, over the phone, or by mail.

“We took that into consideration that a good part of Iowa does not have broadband capability, that would have put a hardship that would not allow people to participate, so that’s why we have the mail-in option as well,” Smith said.

The Democratic National Convention has been delayed, moved from mid-July to August 17-20.

As the Iowa Democratic Party prepares for online conventions, the presidential primary field looks much different than it did in February.

Former Vice President Joe Biden, who is now the presumptive Democratic nominee for president, took fourth place in the Iowa caucuses, which means the majority of elected delegates are representing candidates who are no longer in the race.

Rule changes implemented this year mean that delegates representing candidates who received at least 15 percent of the vote in their county will not be able to realign to support another candidate.

Linn County Democratic Party Chair Bret Nilles said interest in participating in the conventions can start to decrease when the candidates’ delegates backed Feb. 3 drop out of the race.

“Now that we know who the nominee is, it really makes it that much more challenging for people to participate,” Nilles said. “But people are sitting at home — it might be a matter of people might want to continue with that participation. There still is the ability — if we do have the national convention — people might be interested in going on to the national convention.”

Nilles said with the conventions being moved to an absentee format, Democratic candidates running in the Senate primary are losing a chance to introduce themselves to party activists at a physical event.

“The county convention and district conventions are a way for [candidates] to get out in front of activists and people engaged in the party so we’re missing out on that,” Nilles said. “We’re trying to come up with ways to do more online and give them the opportunity to get their message out.”

While the Republican County conventions went ahead as scheduled on March 14, district conventions will be conducted via mail.

Delegates to the district convention will receive mailed information about the delegates running to represent Iowa at the Republican National Convention and the proposed party platform.

Iowa GOP spokesperson Aaron Britt said delegates have been understanding of the change.

“Obviously it’s not quite the same as a face-to-face conversation or speech, but given the circumstances right now, it’s what our delegates are going to have to read and use to learn about who’s running,” Britt said.

Rod Sullivan, chair of the Johnson County Board of Supervisors, said serving as a delegate to the national Democratic convention has been on his bucket list for many years.

While Sullivan still plans to run as a delegate to represent Massachusetts Sen. Elizabeth Warren, who dropped out of the presidential race after Super Tuesday, he said he’s concerned that the in-person convention in Milwaukee may not be held at all.

“I’m tremendously disappointed,” Sullivan said. “But obviously I have to have some perspective — there are people dying… I can’t let this get me too down.”