The university’s shift to virtual learning is changing the way that freshmen students expected their first year of college to go. 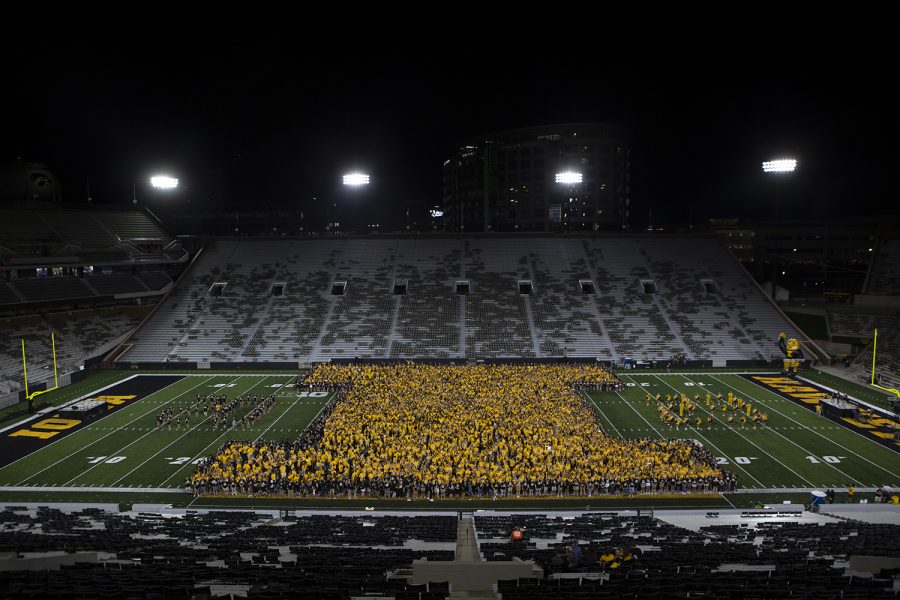 When the University of Iowa shifted to a virtual-learning format for the remainder of the semester and students were asked to leave campus in March, freshman Mara Frieden’s life turned upside down.

After just over one semester on campus, first-year students who just hit their stride settling into college life are lamenting how altered their college experience may be because of the novel-coronavirus outbreak — beginning with the upheaval of their second semester on campus.

Frieden, a Decorah, Iowa native and UI business major, said she was excited for her second semester on campus until the international COVID-19 outbreak disrupted her plans for it. Her freshman experience has been completely uprooted, Frieden said, and she is unable to be a part of the Hawkeye community that had initially drawn her to the UI.

“I feel like I missed out on some opportunities, especially when it comes to furthering the relationships I’ve created with people,” Frieden said. “I really started to branch out a lot more [during the] second semester, but obviously that was cut pretty short. I’m doing my best to stay connected at home, but it’s not the same.”

“I’m a member of Women in Business and the president [of the organization] has been in contact with us, but at this point I’m worried,” she said. “So much of what we do in the org is in person, like volunteering or going to meetings. I’m unable to participate because I’m home.”

Moving off campus was its own mission for students living outside the state, said UI freshman Samantha Stucky, a Shoreview, Minnesota native. In an email to The Daily Iowan, Stucky said she said the transition home was difficult because she had only just become comfortable in Iowa City and at the UI.

“The hardest transition is going from having absolute freedom to none at all,” Stucky said. “I went from being down the hall or across the street from my best friends and being able to talk to them whenever I want, to being confined to a few rooms and being miles from my best friends. I know that this just gives me more to look forward to when I return, but it hurts my heart knowing they are so far away.”

As a second semester freshman, Stucky said she finally discovered where she fit in on campus and even ran for a senate seat in the UI Undergraduate Student Government — an office she ended up campaigning for online instead of in-person because of the COVID-19 crisis.

“The first semester you are just trying to balance everything and second semester you finally hit your stride,” Stucky said. “USG is meeting for the first time in this administration on the 21st. I think that the biggest challenge with [the organization] is not overloading us with work that doesn’t make sense for the time being while still staying on top of initiatives and preparing for when we return.”

Shannon Shea, a UI freshman studying psychology, said that moving back to her home in Illinois was difficult because she knew there was never going to be opportunity to have the same experience she would have had this spring if not for the changes caused by coronavirus.

“I will be missing out on all the future memories I would’ve made with my friends,” Shea said. “Most of the friends I have made live in Iowa, which doesn’t allow me to see them whenever I would like to, [regardless of] COVID-19. I won’t be able to explore the campus or anything else it has to offer until my sophomore year. Next year, I will be living in an apartment so I will never get to get back the time I should be spending in my dorm room.”

Shea said making the trip back to Iowa City to move all her belongings home was heart-breaking, and also difficult considering the length of her drive.

Stucky called her five-hour drive between Minnesota and Iowa a difficult task and she’s still thinking of everything she misses from campus life. However, she’s glad that she is healthy and can continue her education virtually.

“A lot of experiences are hard to have from home,” she said. “I can’t see my [sorority] sisters, talk to new people, or attend any of the baseball season … As much as this transition sucks, we need to remember that it is more important to stay healthy and keep others safe than it is to see your friends for a few months.”