The community swayed the city council to vote against a proposed solar-energy project in Waterworks Prairie Park, largely over ecological preservation concerns. 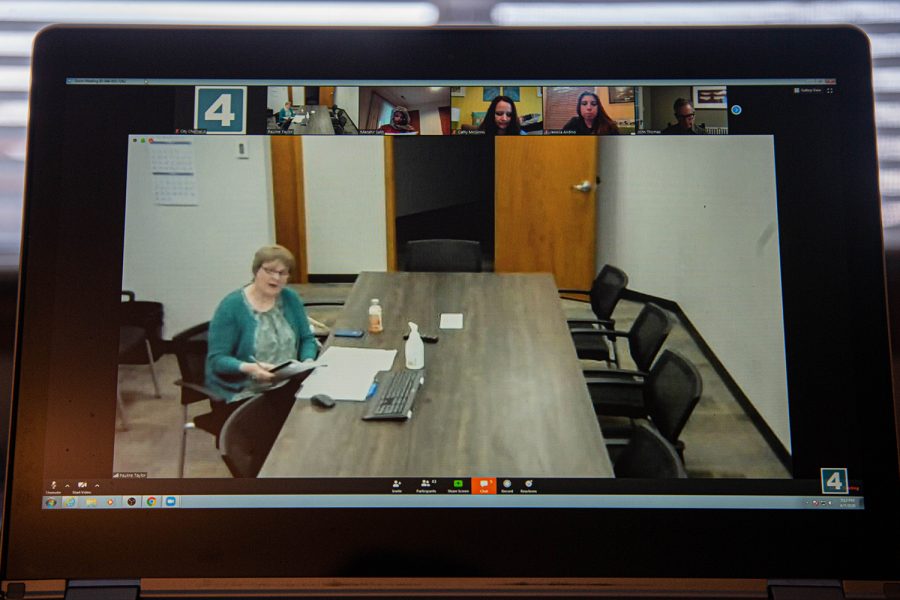 Iowa City residents’ strong opposition to a solar-energy project at Waterworks Prairie Park prompted the Iowa City City Council on Tuesday to vote unanimously against a lease agreement with MidAmerican which would have advanced the project.

The project was previously up for discussion at the council’s March 24 meeting and was deferred until Tuesday night’s meeting to give the public more time to review the agenda item and prepare their comments.

Multiple community members called in or joined via Zoom Tuesday night to once again overwhelmingly oppose the project, which would have designated 18.86 acres for MidAmerican to put up solar panels expected to power 580 single-family homes. The ground, which can’t be developed according to City Manager Geoff Fruin, is currently planted with prairie.

The majority of the public that tuned into the Zoom meeting opposed the implementation of solar panels, believing that a barbed wire fence would not only damage the park for those that live nearby but also destroy the prairie ecosystems the park was originally built to protect.

When it came time for the city council to vote on the project, City Councilor Pauline Taylor said she did not know the ecological preservation history behind Waterworks Prairie Park before the council’s original discussion. Taylor thought the project aligned well with the city’s climate action plan, she said, but didn’t realize the park had so much history in the community.

Community members also voiced concerns that the public wasn’t given obvious access to the project’s information in time to voice their opinions about the solar panels’ location or the addition of the barbed wire fence.

City Councilor Laura Bergus said she enjoyed seeing the level of public engagement that the project received during the meetings but felt that the council had effectively failed in fully communicating the project to the public.

During the council’s vote, Mayor Bruce Teague said he was personally looking forward to the project to demonstrate the seriousness that the council put toward climate action. He did not anticipate the level of community comments and, similar to Taylor, did not know the park’s history.

He said this project highlights the importance of public opinion and that in the future the council should begin projects “with the end in mind.” Everyone should have an input and be a part of similar conversations moving forward, Teague said.

“That history brings a light about all the different work that went into the creation of this back in 2003 and 2004,” Teague said. “So, that gave me a greater perspective of what that restoration looked like and what this [park] really meant to our community.”