A national championship seemed to be a forgone conclusion for Iowa wrestling. Now, the team is left asking, ‘What if?’ 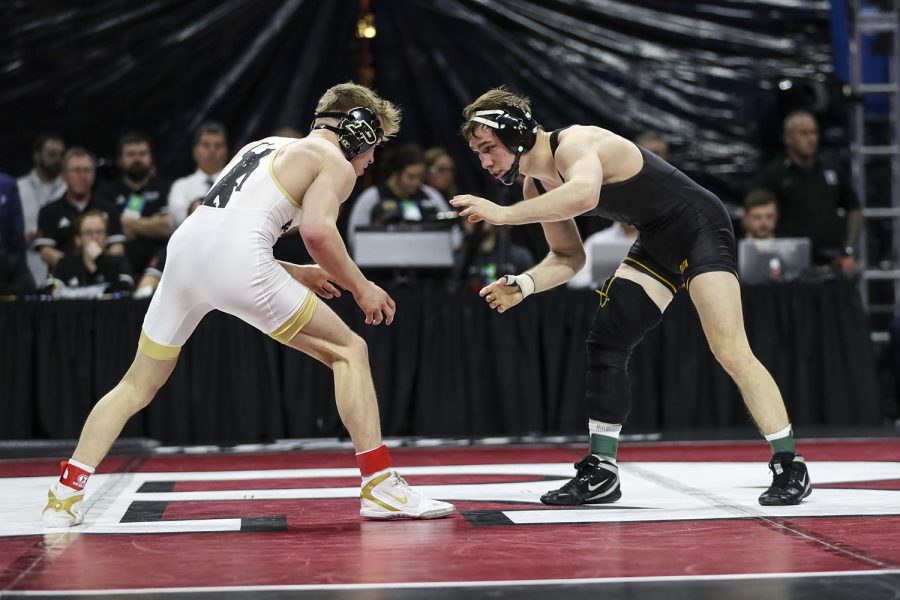 Iowa wrestling was back on top. Then, the season just ended.

The 2019-20 season seemed to be the long-awaited year of redemption for Iowa wrestling’s faithful. For the first time since 2010, the Hawkeyes were poised to reclaim their throne atop collegiate wrestling.

Unfortunately for Iowa and its fans, the COVID-19 pandemic forced the NCAA to cancel all of its postseason championships for the remainder of the 2019-20 academic year.

“It’s disappointing,” Lee said. “We all know this was a big year for us because it was the next one, right? We were favored going in. There’s a lot of disappointment with everyone on the team. We only had one senior who was in the starting lineup, Pat Lugo. We had 11 seniors who didn’t start that wanted team rings. That was the hardest thing for me, to look at them and know it’s pretty unlikely that they’re going to get a team ring.”

For Lee, the NCAA’s decision was particularly punishing. The reigning two-time national champion could’ve taken a redshirt in 2019-20 to pursue an Olympic berth for the 2020 games in Tokyo. The redshirt would’ve given him an extra year of eligibility, thus enabling him to avoid COVID-19’s impact on the 2020 NCAA Championships.

“Like everyone says, I have an Olympic redshirt and a redshirt,” Lee said. “For me to lose 25 percent of my season when I had two basically free years was kind of disappointing. It’s hard to swallow when you try to do the right thing and you get punished for it.”

Lee, as Brands said, was robbed of history. The junior had the possibility to win this third national championship, a step that would have set him up to be a four-time national champion, something only five wrestlers have ever achieved at the Division I level.

After the NCAA Division 1 Council voted that winter sport athletes would not receive another year of eligibility, Lee may never get the opportunity to go four-for-four on the NCAA stage.

Despite the anti-climactic end to his 2019-20 campaign, Lee still had one of the most dominant seasons in the history of collegiate wrestling. He went 18-0 on the season, outscoring opponents 234-18. On average, Lee produced five team points per match.

In Piscataway, New Jersey, Iowa won its 36th Big Ten team title. The Hawkeyes lapped the field, scoring 157.5 team points. Nebraska finished in second place with 132 team points. Nobody knew it at the time, but that was the final time Iowa would take the mat in the 2019-20 season.

“I think [Iowa wrestling fans] will look back on this season and say, ‘This is the year they could’ve, would’ve, or should’ve won, and they were the favorites to win,’ ” Lugo said. “We got robbed. We got robbed straight up. They will look at it like that. I think they will look at the opportunities some of us could’ve had. A lot of unfinished business that should be dealt with.

As is standard procedure for Iowa wrestling, the Hawkeyes will recognize the good and the bad that 2020 yielded and move on, looking toward next season and beyond.

“[My teammates] were able to help me move on to what’s next,” Lee said. “It’s kind of like, alright, what now? Alright, now I can focus on school and staying healthy and trying to maintain your shape and everything else. My teammates stay pretty positive. It’s hard to make do, but we make do with what we’ve got.”