Johnson County Board of Supervisors limit public access to courthouse

The Johnson County Board of Supervisors met on Thursday and approved the limitation of public access to the Johnson County Courthouse for two weeks alongside the extended closures of other county buildings last Monday. 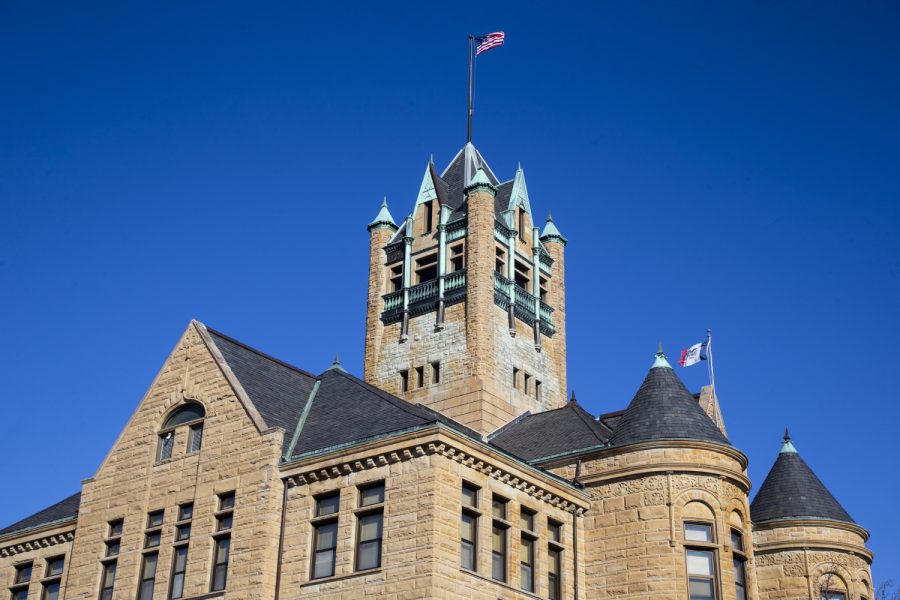 The Johnson County Courthouse is seen on March 3, 2020.

Public access to the Johnson County Courthouse will be restricted until April 16, when the closure order expires on other county buildings, the Board of Supervisors unanimously voted to approve Thursday.

According to a news release from the Johnson County Board of Supervisors, the courthouse’s public access limitation order will not allow the public to enter unless someone is

Other emergency orders that allow public access, the release said, are hospitalization, elder abuse, and dependent adult proceedings; and landlord/tenant proceedings where a landlord “alleges that a tenant poses a clear and present danger.

Anyone who wants to enter the courthouse must inform security why they need to physically be in the building and may be directed to call the Clerk of Court or County Attorney, the release said. Individuals should also be prepared to have their temperature taken or asked health screening questions, the release said, and Sheriff’s deputies have the “discretion to refuse entry to those who are showing signs [of] sickness or do not comply with the order.”

“It’s really just an effort to make sure that those services at the courthouse are still available, Lyness said. “[While still] limiting the number of people [inside] to protect, not only the staff who work at the courthouse but also the public.”

Supervisor Janelle Rettig questioned the public’s access to the Clerk of Courts to pay fines and wondered if there would be an alternative way for people to get access without having to physically enter the building.

Lyness said that communications concerning a drop-box are in the works but are faced with the issue of people wanting an immediate receipt of their payment.

There was a similar problem with members of the public who wanted to pay their property taxes in-person after the county building closure, Rettig said.

“They have to adapt,” Rettig said. “The receipt will be mailed to them.”