The University of Iowa’s Undergraduate Student Government passed legislation on their final evening of voting to allow unused fiscal 2020 budget funds to be put in the Emergency Support Fund. 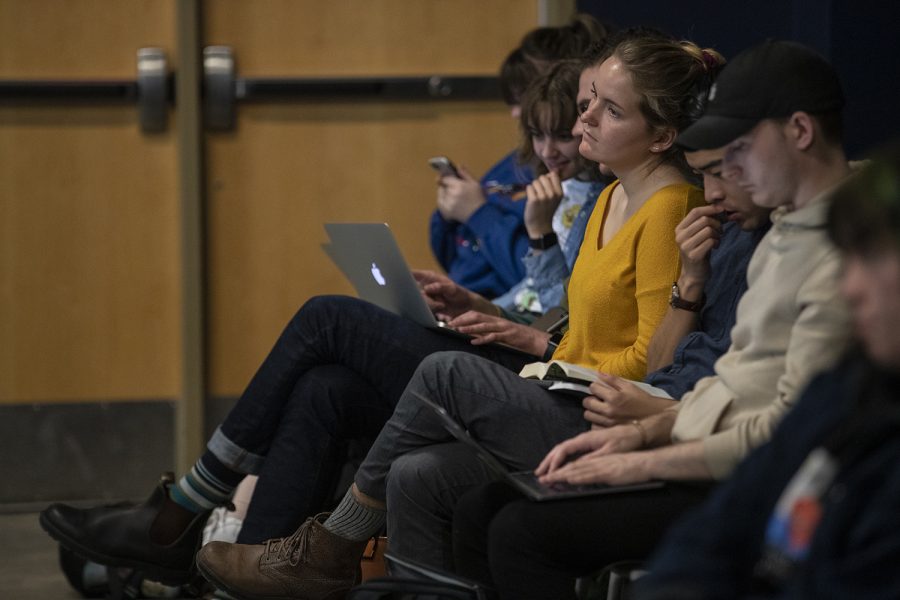 Following the COVID-19 outbreak, the University of Iowa Undergraduate Student Government passed legislation during the final voting period of the semester to allow the organization to move funds from the fiscal year 2020 Operational Budget to the Emergency Support Fund.

The legislation can be implemented by USG’s president, vice president, or the director of finance. The USG senate passed the measure without meeting in person.

The bill was passed unanimously by 38 senators on Tuesday night to ensure that more UI students can access the fund.

In an email to The Daily Iowan, USG President Noel Mills said that this measure was important to support students in a time of unprecedented need.

“[Tuesday] was the last day the 2019-2020 Senate was voting on legislation, and I need their permission to move any funds…to the Emergency Support Fund,” she said. “We don’t know yet how much money the fund will need, so I made a blanket ask…to move over funds.”

The Office of the Dean of Students administers the UI’s Emergency Support Fund to students in micro-grants, said Mills. Since the UI asked students to move off campus and moved to virtual instruction in March, the grant has been given out to students in need.

According to the legislation, some of the funds that could be transferred are funds that were going to be allocated to events that have been canceled in light of the outbreak of novel coronavirus.

Mills said that this decision was made to ensure USG’s funds were used to the best of their ability to support UI students.

“[The legislation] allows the executives to keep the Emergency Support Fund funded as much as we can while the Senate is out of session,” she said. “The funds eligible for transfer are funds that would have otherwise gone unused and eventually reverted into our contingency account at the end of the fiscal year.”