As students move away from campus and many return home, city and university officials are working to make sure students are counted as Iowa City residents in the 2020 census. 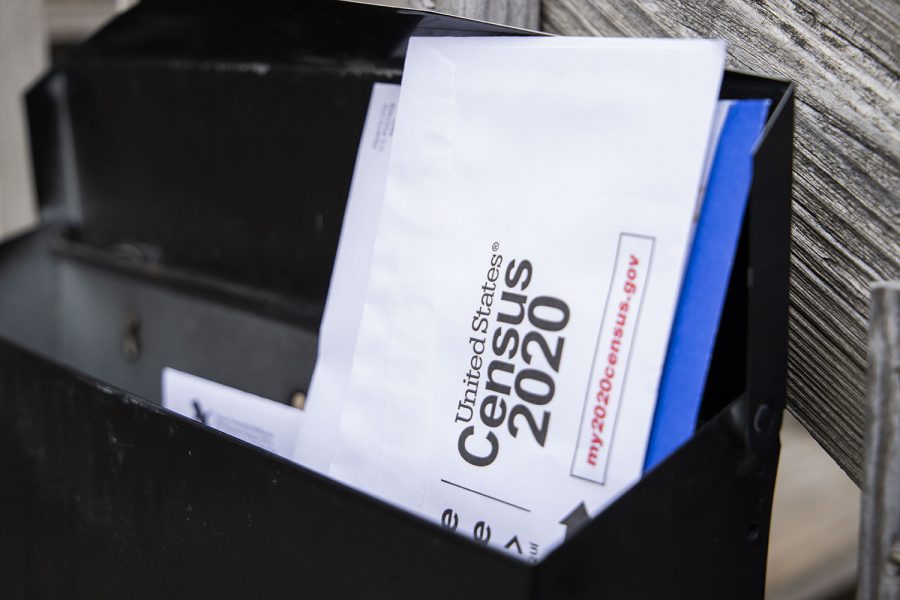 Students leaving Iowa City and other college towns throughout the state amid the COVID-19 outbreak could leave the student population in the area undercounted for in the 2020 census, potentially changing representation in the Legislature.

As students leave residence halls and apartment complexes across Iowa City to attend online classes at home, collecting accurate responses from students and residents could become more challenging in the midst of the novel coronavirus pandemic.

The 2020 census marks the first time the census will be available for citizens to complete online. The Census Bureau says citizens are strongly encouraged to respond online, though phone and mail options are available.

The decennial census data are used to apportion legislative districts in both the U.S House and the Iowa Legislature. In 2010, Iowa lost one seat in the U.S House as a result of redistricting after the census, bringing Iowa from five congressional districts to four.

Iowa City Assistant City Manager Ashley Monroe said an accurate count is important in making sure both the state as a whole and the Iowa City area are property represented.

“The census is tied to representation — so making sure that the state of Iowa and each part of Iowa have the proper number of representatives in both the state government and federal government — the census provides us that information,” she said.

Timeline adjustments are being made to the census, with most ground operations delayed. Early nonresponse follow-ups around some colleges and universities, originally scheduled to begin April 9, will begin May 7.

Monroe said current requirements around social distancing means the city has to rely heavily on online and phone responses for census taking.

“I think more than ever, the social distancing is going to push us in that direction — hopefully with a very good response for the census,” she said. “I think the impact we will see from a lack or delay in response is concerning. We want to make sure our community is getting all the resources we possibly can.”

Virginia Ibrahim-Olin, director of Housing Administration for UI Housing and Dining, said although students have moved out of residence halls, they will still be counted as Iowa City residents in the census.

“I don’t know to what extent that will impact the census,” she said. “What I do know is that it has absolutely raised questions as to how students should be counted. University Housing and Dining will be adhering to instructions from the U.S. Census, and that was that we should count students who lived on campus with us this spring as residing here in Iowa City.”

Monroe said for now, the city is continuing to push out the message the residents should respond to the census, and will consider options for recounting residents if the 2020 census results seem inconsistent.

“Over the past couple of years we’ve seen in all respects growth in our community and indications of population hike,” Monroe said. “If, when we get the census results back and count it’s close to what we had in the last census or indicating a huge undercount, we might have to consider whether that would warrant some type of special census.

As of March 27, 32.6 percent of Iowa City residents have self-responded to the census online, according to the U.S Census Response Tracker. The overall response rate in Iowa is 34.3 percent, and the national response rate is 28.1 percent.

In another college town on the other side of the state, Ames city officials have similar concerns about counting the city’s student population.

Public-information officer Susan Gwiasda said there are already a number of challenges involved in counting groups of students.

“… Either they aren’t clear on the rules of having to fill out a census form, don’t understand that census rules require them to claim the community they live and sleep in the majority of the year, so they fill out the form incorrectly, or they just don’t respond,” she said.

Noel Mills, president of Undergraduate Student Government and a member of Iowa Gov. Kim Reynolds’ Complete Count Committee, said in an email to The Daily Iowan that student government is working to communicate information to students about the census while classes are held online.

“… We’ll just need to make sure we’re extra diligent with our digital communication,” she said.