The Iowa sophomore earns the honor for her work on the floor routine. 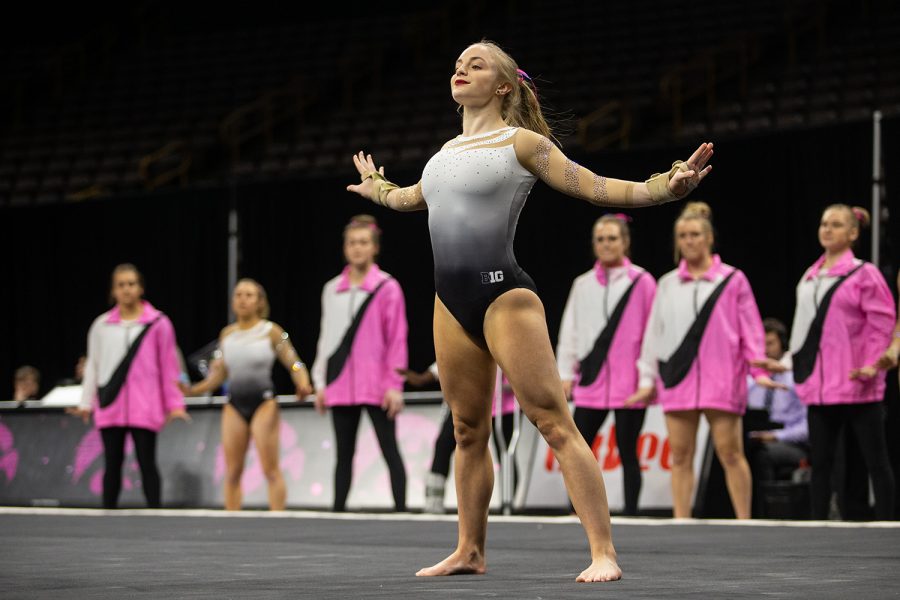 Guerin is one of 17 student athletes to be named to the floor All-America teams, becoming the first Hawkeye to earn a nod since 2016.

The Austin, Texas, native recorded nine consecutive 9.850 or better scores this season. She set a career high 9.950 at Maryland Jan. 19 to tie the third best floor score in program history and then matched it two additional times at Penn State (Jan. 25) and against West Virginia (March 8).

Guerin finished the season with a 9.920 national qualifying score. This season Guerin earned her first-career Big Ten Specialist of the Week Award (March 12) and the first for a Hawkeye since 2015.