The junior is the third Hawkeye in program history to earn the distinction of consensus All-American. 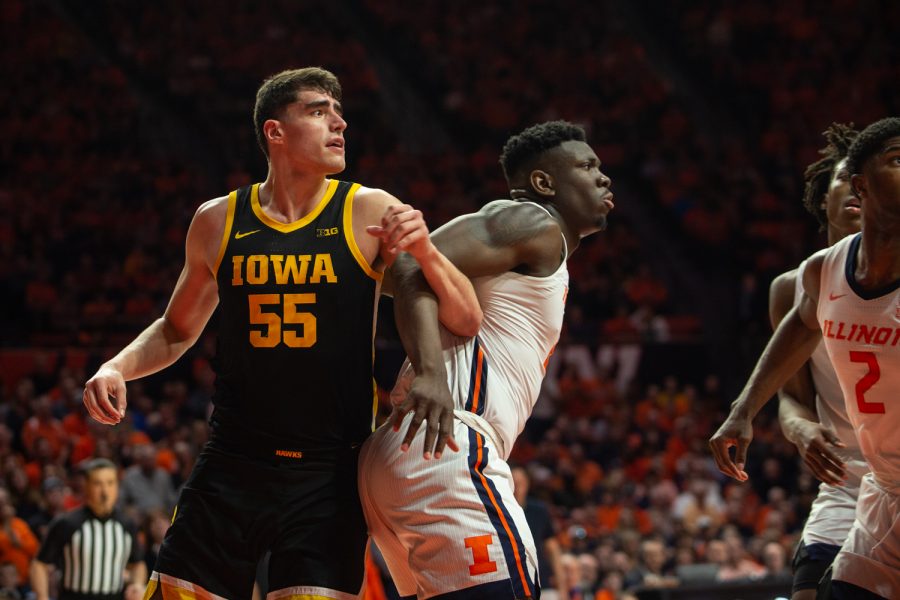 Iowa Center Luka Garzais blocked by Illinois Center Kofi Cockburn during a game against the University of Illinois on Sunday, March, 8, 2020 at the State Farm Center in Champaign, Illinois. The Hawkeyes lost to the Fighting Illini, 76-78.

Garza becomes the first Hawkeye in program history to earn national recognition by the NABC. Ronnie Lester and Jarrod Uthoff were third team honorees in 1979 and 2016, respectively.

The AP Player of the Year was also announced on Tuesday. Garza finished in second place behind Dayton’s Obi Toppin.

With Toppin leading the way, Dayton went 29-2 in the Atlantic 10 and were likely going to be a top seed in the NCAA Tournament. Toppin averaged 20 points and 7.5 rebounds per game, while shooting 63 percent from the field and 39 percent from the 3-point line.