Iowa's Luka Garza was named a Naismith Trophy finalist and snagged another national player of the year honor on Tuesday. 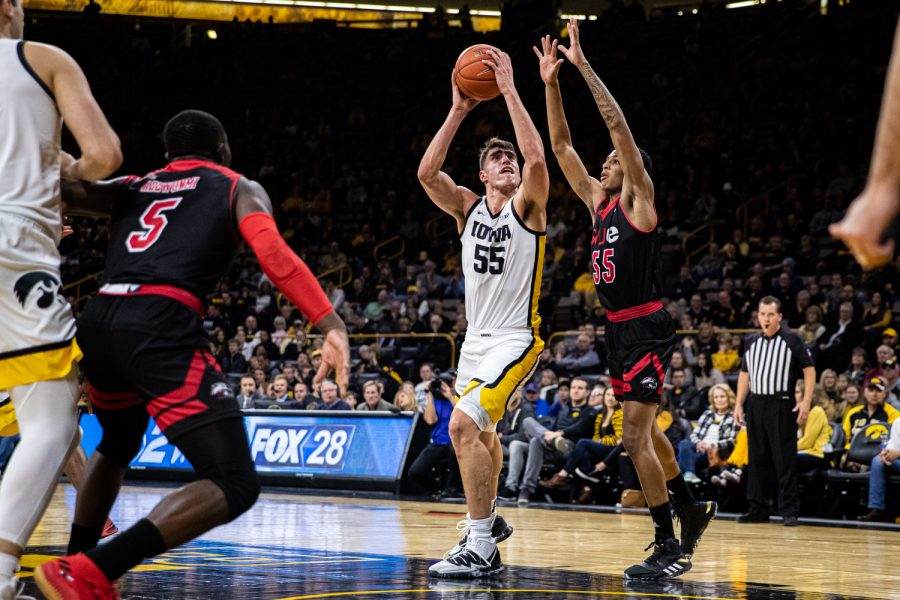 Tuesday was another big day for Iowa center Luka Garza.

Garza earned ESPN’s National Player of the Year honor and was named one of five finalists for the Naismith Trophy.

The announcement comes a day after Garza was named an All-American by three different outlets: NBC Sports, CBS Sports, and USA Today.

Fans can vote for Garza March 20-April 1, which is when the award winner is scheduled to be announced. Fan voting takes place on naismithfanvote.com or on the @NaismithTrophy Twitter account. The fan vote counts for five percent of the overall vote.

In addition to the Naismith Trophy, Garza made the final cut for four other awards: Wooden Award, Oscar Robertson Trophy, Kareem Abdul-Jabbar Award, and the Lute Olson Award.

Garza finished the season averaging 23.9 points per game on 54.2 percent shooting to go along with 9.8 rebounds.

He scored a total of 740 points — an Iowa single-season record — and pulled down 305 rebounds, making him one of three Big Ten players to amass at least 740 points and 300 rebounds in a season. He joined Purdue’s Glenn Robinson in 1994 and Joe Barry Carroll in 1979.