University of Iowa students are wondering what the remainder of the spring semester will look like as U.S. higher-education institutions move instruction online. 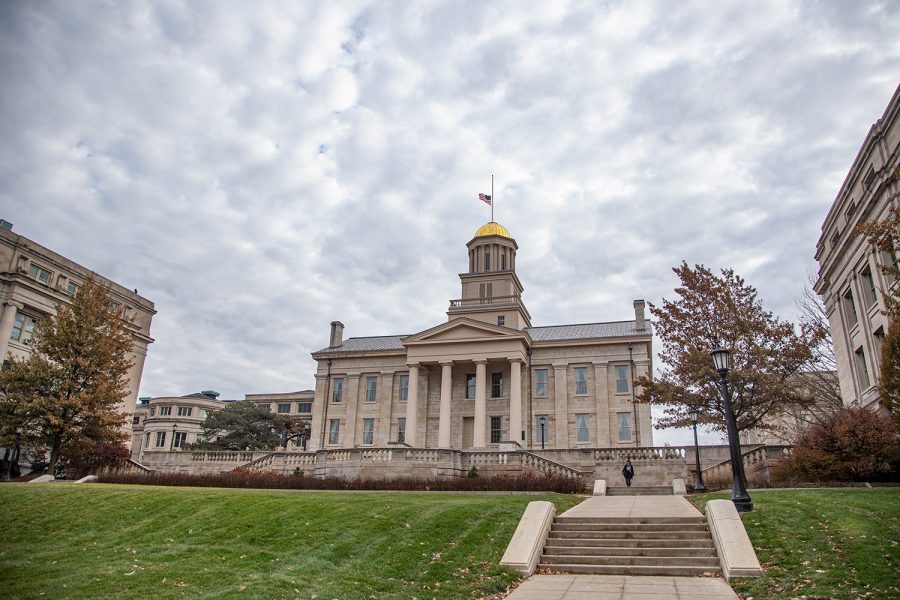 The UI announced in-person classes will be suspended after spring break through April 3. Read here for more information.

Mackenzie Little says she fears she will be forced to move out of her Rienow Hall room and be unable to continue working her dining-hall job amid rising concerns over the spread of COVID-19 in the U.S.

The University of Iowa freshman, who’s on the pre-med track, said she hasn’t heard what a campus shutdown to mitigate the spread of coronavirus would mean for her job.

“I hope to soon, because it’s a pretty substantial part of my income, so I kind of need that,” she said. She added that her earnings from this job will affect much money she has for next year, and how much she would need to work over the summer.

Little and other Hawkeyes say they are concerned about the possibility of courses moving online for a long period of time this semester as U.S. higher-education institutions have suspended in-person course instruction for time periods ranging from several weeks to the remainder of the semester.

The state Board of Regents announced Tuesday that it instructed Iowa’s three public universities to prepare for the “eventuality” of online instruction for a currently undetermined time period.

Peer institutions vary in how they’ve responded to the rising coronavirus concerns, with Ohio State University suspending in-person classes until March 30 and University of California – Los Angeles moving instruction online “wherever possible” through April 10. Others have currently only restricted university-sponsored travel in accordance with Centers for Disease Control and Prevention guidelines to mitigate the spread of the virus that originated in Wuhan, China.

UI freshman Quincy Vogel, from Chanute, Kansas, said she’s nervous about having to move out of her room inside Burge Hall on short notice.

“For me personally to be out and stay out, I would be totally screwed,” she said. “Both of my parents are traveling right now, so I wouldn’t be able to do it and I live eight hours away, so it’s not just like a couple trips that are a couple hours away.”

Questions such as accommodations for those moving out with little notice, particularly for out-of-state and international students, and the logistics of potentially packing up and moving out linger for Hawkeyes. There is also speculation over whether money paid to University Housing & Dining would be partially reimbursed should students be forced to move out halfway through the spring semester.

The university in its most recent update on Sunday said its operations were not “immediately affected” because of the coronavirus.

“We don’t want to pay for something that we’re not using,” Vogel said, “but we also understand that there’s staff, other people that are counting on that money, but it would really suck if they didn’t get paid because we couldn’t come back.”

One worry on the UI campus unique to seniors is graduation and beyond. UI senior and political-science major Kaylie Wilson said she doesn’t enjoy the idea of not having family at graduation, or not having the ceremony at all. The Florida Institute of Technology has closed its graduate ceremony to all guests other than graduates.

What comes after graduation comes with its own set of problems. Wilson said she is worried about the state of the economy and job market in the months to come if the pandemic continues to grow. Even if she does get a job, Wilson said all that comes with it could pose problems.

“Just going right into … moving into a new place and having all these financial expectations then not having any sort of income is a scary thought,” Wilson said.

Other Iowa City residents who went beyond Iowa’s borders for college are dealing with their campuses shutting down.

Iowa City West High graduate Nina Elkadi, a Harvard University sophomore, said she took this semester off to work for U.S. Senator from Massachusetts Elizabeth Warren’s 2020 presidential campaign through the Feb. 3 Iowa caucuses. Harvard instructed students to vacate campus by Sunday and not return after spring break because of the outbreak.

Elkadi’s not currently on the Harvard campus, but she said there are uncertainties surrounding paying for a full term of tuition when the format of instruction provided is not the in-person model students expected.

She said her senior friends canceled their spring-break plans with her because of the sudden news that they would need to pack up and leave campus and part ways with their friends for the last time.

Ultimately, Elkadi said she’s worried for students everywhere who count on their universities for support and the means to live.

“If a university is going to cancel classes and not provide housing for all the students, it needs to provide support for students who are first-generation, low income, who may not be able to just book a $500 flight home and just go live with their parents,” she said. “I think there’s this assumption … that any student can just go home and start taking classes on a reliable WiFi network in a quiet space with food and support from their family is kind of ridiculous.”