Opinion: Owning my seat at the journalism table

I’ve faced plenty of challenges as a woman in the news world, but my time at The Daily Iowan has helped me grow and learn. 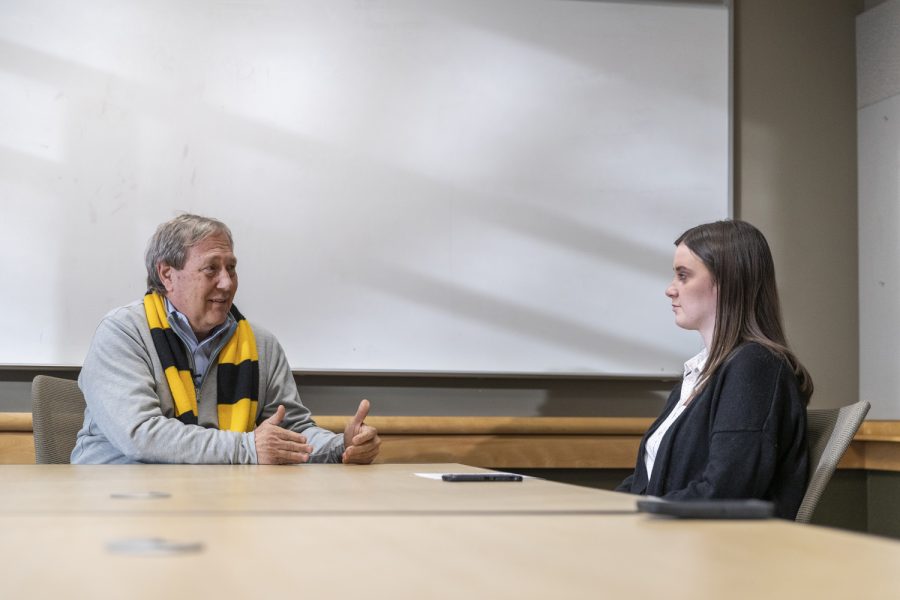 If I were a man, my experience in journalism would look a lot different.

Legendary TV host Tom Brokaw sat down in The Daily Iowan newsroom with me and members of my team in January to film an interview for a segment that aired Feb. 3 on MSNBC’s Morning Joe. Brokaw, who attended the University of Iowa for a year in the 1950s, was in our newsroom to feature the DI Ethics and Politics Initiative team’s coverage of the 2020 presidential hopefuls leading up to the first-in-the-nation caucuses.

The thought-provoking interview covered several topics, but one question stuck with me in particular. He discussed the shifting tide over several decades to make workplaces more equitable for women and asked me whether I took those gains “for granted.”

Hopefully there comes a day when women can appreciate historical movements that result in equal pay, no harassment, and equal opportunities to land in leadership roles as their male colleagues. That’s not the case today.

Journalism is no exception to this trend.

The Women’s Media Center’s 2019 Status of Women in the U.S. Media report shows that 73 percent of editors at the country’s biggest English-language newspapers are male. Around 40 percent of print and internet journalists are women, though women dominate journalism-school enrollment across the U.S., the report states.

Knowing that, I told Brokaw that women couldn’t yet afford to take for granted the decades of progress the women before us have made. As a female editor of a predominantly female editorial staff, I told him I’m aware of the power I have to show the other women in my newsroom that we are equally as deserving of a seat at the table as our male colleagues. We ask tough questions of people in positions of power because it is our right. We pitch compelling story ideas and keep digging until we bring facts to light that the public may not have known otherwise.

Working at the DI has given me the confidence and support system to thrive as a female journalist and leader. I began working here at age 18 and was immediately assigned to cover the state Board of Regents and UI administration. I was timid then, and I remain reserved — Brokaw figured out quickly I’m not a “bombastic” interviewer, though I come in well-researched and prepared to get the information a story needs.

There are currently no male journalists in Iowa functioning as higher-education reporters in the UI’s coverage area. Honestly, reporting on the regents, UI President Bruce Harreld, and the male administrators was daunting when I first arrived on campus. I felt like a little girl who was out of her league asking key men in power about pressing campus issues.

But I’ve grown a lot here. In February, the Iowa Newspaper Association awarded me the state’s top investigative reporting award for my scoop on the UI’s nearly $4 million change order to avoid working with construction firm Modern Piping on the Pharmacy Building amid costly legal disputes with the company. I’m the editor of Iowa’s 2020 Newspaper of the Year, an accomplishment the DI team last earned in 1981.

Imposter syndrome — a psychological phenomenon of feeling inadequate and full of self-doubt — can be hard to shake. I’m fortunate to be surrounded by powerful women who push me to be a strong leader and supported by men like DI Publisher Jason Brummond, whose confidence in me and recognition of my strengths has helped me own my seat at the table.

I’ve also been appreciative of community sources such as Harreld and his team, who’ve always treated me as a serious journalist and taught me to expect no less from those I engage with in this line of work.

I don’t take my seat at the journalism table for granted. I’ve earned it, but I hope the path for those who come after me is easier to chart.