For the first time in U.S. history, households will be able to record their data for the decennial census online or by phone. 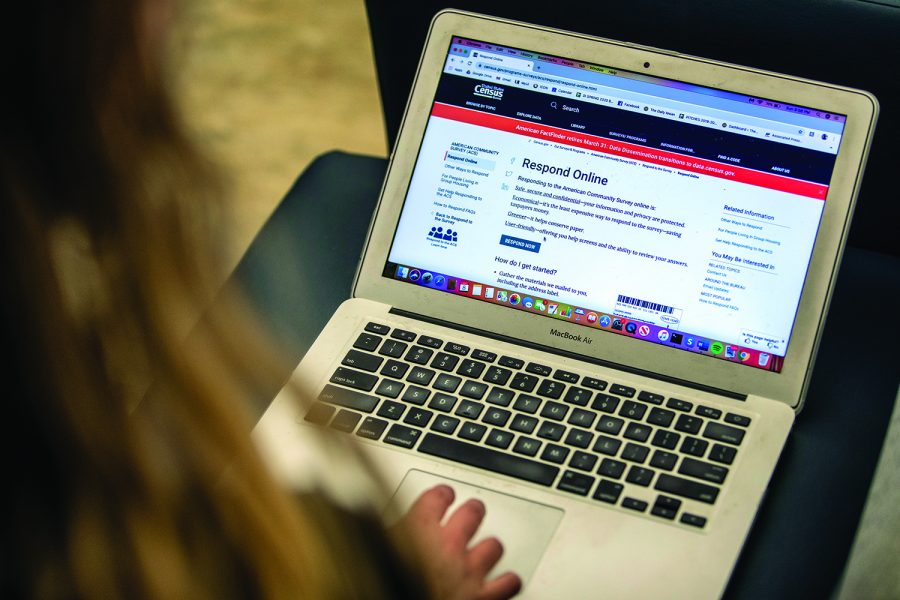 The U.S. Census Bureau this week will begin sending invitations containing essential information on how people can fill out the 2020 census to each household nationwide.

Putting a twist on the decennial civic duty, 2020 will be the first census where data could be recorded online or by phone.

“We do so many things online today that, to me, it makes sense,” said University of Iowa computer science Associate Professor Juan Pablo Hourcade, a member of the scientific advisory committee for the U.S. Census Bureau.

While this is the first year people can go online to complete the decennial census — which will be used to allocate $675 billion in federal funding and draw congressional district lines — the bureau’s annual American Community Survey has been offered online since 2012, said Kelly Campbell, a senior lead partnership specialist for the U.S. Census in Iowa.

“We were getting more surveys back. It meant that we were doing things very cost effectively, but also very safe,” Campbell said.

While the documentation is just a small part of people’s day, the process is something the U.S. Census Bureau has been planning since 2011, Campbell said, and its statistics will affect the state and country until the 2030 census results are released.

Campbell added that another new feature of the 2020 census is that colleges such as the UI can count on-campus students using the most up-to-date administrative records rather than having students fill out and mail their own individual documents.

The UI is one of many colleges that will participate in a document upload with an electronic response data transfer, said UI Housing Administration Director Virginia Ibraham-Olin.

In previous years, UI residence halls have made arrangements for students to fill out paper forms and turn them into the census, Ibraham-Olin said. This year however, on April 1, UI Housing and Dining staff will do an assessment on every student that lives in each particular hall that day, she said.

“…This seems like a much faster method and it will also allow students to stay focused on their academic courses,” Ibraham-Olin said.

UI students living off-campus can expect to receive their census invitation in the mail, Campbell said. It is important to note that only one person needs to submit their household data, and students should make sure their parents know not to include them in their submission, he added.

Experts on the subject are recognizing that although there’s always a risk from outside threats when collecting data collection, this shouldn’t be a concern for people filling out the census.

Hourcade said hackers could be interested in individuals’ data, but said the information asked for in the decennial census isn’t that sensitive.