A walk-off home run and dominant pitching performances highlighted a trip to Florida that saw the Hawkeyes go 3-1. 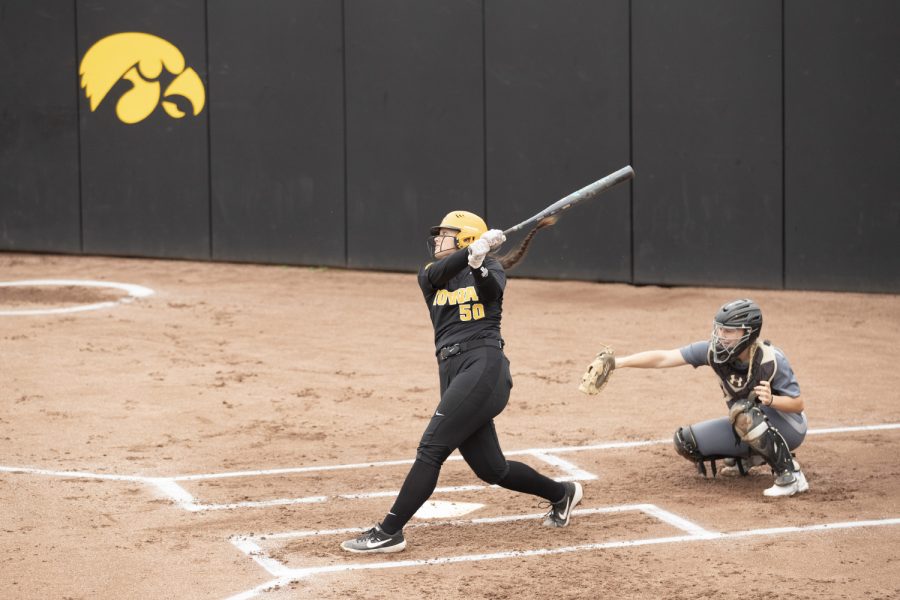 Hawkeye softball had yet another successful trip over the weekend, going 3-1 in their second stint at the Spring Games in Madeira Beach, Florida. As they have in previous weekends, the Hawkeyes had a good performance from their hitters and pitchers.

On March 6 against Loyola Chicago, the Hawkeyes were led by junior Lauren Shaw on the mound. Freshman Kalena Burns — who played at first base that day — stole the show.

Burns had an RBI single in the third inning that let the Hawkeyes take a 1-0 lead. When Shaw gave up a run in the seventh inning that forced the game into extra innings, Burns came in and saved the day.

In the bottom of the eighth inning, Burns stepped to the plate with one out and junior infielder Mia Ruther on third base. During that at-bat, Burns hit a home run to help the Hawkeyes win, 3-1.

“I knew the situation I was going into in the eighth inning against Loyola,” Burns said in a release. “I wanted to be successful for my team. Having my teammates cheering loud in the dugout was a key factor to my confidence at the plate. As I was rounding home third, seeing them happy made me even happier. I’m really proud of how we persevered and found a way to win.”

RELATED: Softball heads back to Madeira Beach for week two of the spring games

The Hawkeyes faced a pair of Mid-American Conference schools in Central Michigan and Ohio on March 7. Against Central Michigan, the Hawkeyes started the scoring early. Sophomore Kate Claypool executed a sacrifice bunt in the second inning to score a run.

The next inning, sophomore catcher Kit Rocco hit her first home run as a Hawkeye, which resulted in two runs. Ruther kick-started the inning with an infield single and a stolen base.

Things kept going up from there for Iowa. Freshman infielder Erin Carter followed Rocco by hitting her first home run as a Hawkeye. An insurance run was added in the sixth inning, making the final score 5-0 in favor of the Hawkeyes. Shaw pitched another outstanding game. She tossed a complete game and gave up no walks.

Against Ohio, the Hawkeyes only scored one run, but that run was good enough to put them on top, 1-0. Burns hit an RBI single to drive in Nia Carter. Doocy pitched a dandy and gave up three hits with one walk in a complete game effort.

“Tonight’s game against Ohio was a defensive battle,” Doocy said in a release. “Our team played solid defense from start to finish. Our hitters continued to put the ball in play in order to make things happen. Nia and Kalena were able to come up clutch and give us a run. Sweeping Saturday gives us the confidence to finish strong during our final preseason tournament next weekend.”