Appointment of DHS spokesman to public records board under fire 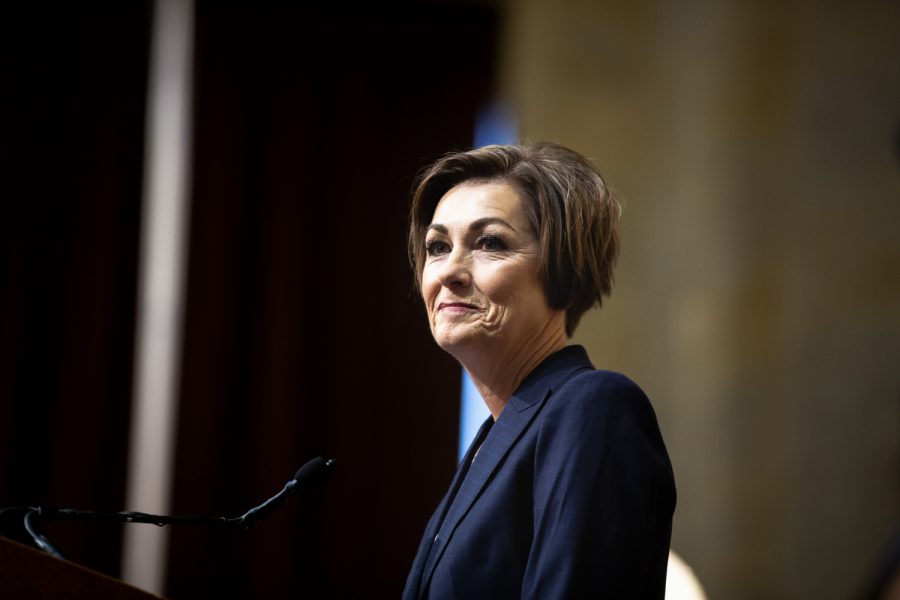 Originally published in the Des Moines Register, the Register has made this story available for other media outlets, including The Daily Iowan.

Gov. Kim Reynolds on Wednesday appointed the spokesman for the Iowa Department of Human Services to the board that enforces the state’s public records law, a move criticized as a way to make it easier to deny access to information about the troubled agency.

The Iowa Public Information Board considers complaints filed by citizens and the news media when government organizations deny or fail to respond to requests for access to public records or meetings. It is empowered to enforce the law and impose fines for violations.

Retired state government workers have served on the board, but never before has a current employee been appointed

Randy Evans, the director of the Iowa Freedom of Information Council, warned that the appointment of DHS spokesman Matt Highland — someone whose job Reynolds controls — could have a silencing effect beyond just cases involving DHS.

Pending Senate approval, Highland’s appointment to the unpaid position will begin May 1.

“I’m floored,” said Evans, former opinion page editor of the Des Moines Register. “To me this signals that the governor sees no importance in the board having even an appearance of even-handedness in its makeup.”

A spokesman for the governor pushed back: “Matt brings an important perspective to the Iowa Public Information Board,” said Pat Garrett. “Whether it’s fulfilling open records requests, promoting transparency and open government, Matt was a perfect candidate for the board’s vacant position.”

With a $7.8 billion budget, DHS is Iowa’s largest state government agency. It currently is embroiled in a federal investigation about sexual arousal studies at the Glenwood Resource Center, a facility for people with disabilities. The Des Moines Register has relied on public records obtained from the agency to report on the controversy.

The Register also has used public records to report on the case of former DHS Director Jerry Foxhoven, who is seeking $2 million in an ongoing lawsuit alleging Reynolds wrongfully fired him last year for questioning whether some spending of federal allocations was legal.

The department is frequently named in complaints to the Iowa Public Information Board alleging violations of the public records law, which requires that most government records be made available to the public. Highland said he will recuse himself from all DHS-related complaints before the information board.

Even if he does, Evans and Iowa Newspaper Association Executive Director Susan Patterson Plank said allowing him to serve on the board would create an irreversible appearance of conflict due to the scope of DHS’ work and the perceived influence he will have as a member.

In addition, Patterson Plank said that in split-vote decisions involving the DHS, Highland’s inability to participate could handicap the board’s effectiveness.

“If he has to recuse himself on a regular basis, essentially what we are left with is an eight-person board,” said Patterson Plank. “Granted, every board member has a moment when they have to recuse themselves, but that’s typically rare.”

Highland said Wednesday the DHS is taking action he believes will reduce concerns by removing him from the role of determining which records should be released.

“The rationale behind my appointment, as a government representative on the board, is to provide the expertise I’ve built in my role,” he said. “I recognize and sincerely value the need for access to public information. I take this appointment incredibly seriously.”

Reynolds’ office did not respond to a request for copies of the applications for the open board seat, so Highland’s political affiliation and the identities of others who sought the appointment remain unknown.

Highland’s appointment was among about 200 Reynolds announced Wednesday to 83 state boards or commissions, including three other spots on the Iowa Public Information Board. Most of the appointments require Senate approval, including that of Nicole Crain to the State Judicial Nominating Commission. Crain, of Windsor Heights, is the vice president of the Iowa Association of Business and Industry, which promotes itself as the largest statewide business organization in the state.

Jason Clayworth is an investigative reporter at the Des Moines Register. He can be reached at 515-699-7058 or [email protected]