Opinion: In defense of morning people

It’s not just a preference. There are real advantages to being an early riser in college. 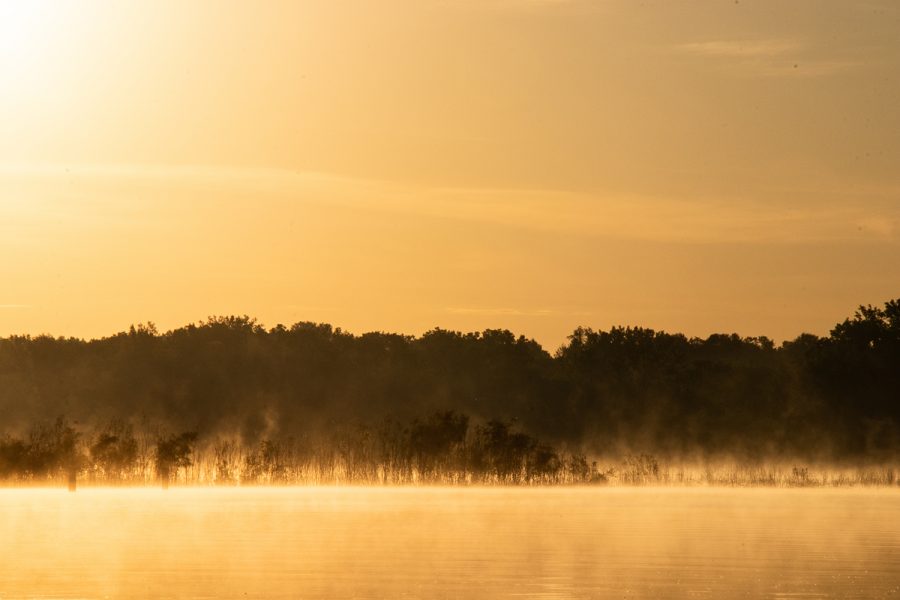 Water vapor from the Coralville Reservoir rises as the morning light hits the water on the morning of June 11, 2019. The vegetation inside the river would typically be above the water.

I am proud to be a morning person. I don’t just wake up to see the sunrise — I can’t even see it from my dorm room or any surrounding vantage point.

Because middle school and high school started at the awful time of 7:30 a.m., I trained myself at an early age to wake myself up before 7 a.m. And now, I’m also assigned the 5:45 a.m. shifts at my job. It is a miracle if I sleep past 8 a.m.

On the other side of the spectrum, I am unable to stay awake past 10:30 p.m. unless something interesting grabs my attention. Even then, I can be spotted taking a quick nap on a couch during a movie or sinking into a haze at a get-together.

Adopting a morning-person lifestyle may improve students’ academics, but achieving a healthy dose of sleep is a good first step toward accomplishing a healthier life.

Some of my friends stay up past midnight on a regular basis, and even my boyfriend watches the clock turn to 3 a.m. on most school nights. They grew up stumbling out of bed, desperately trying to make it to high school on time with four hours of sleep.

They would catch up on sleep on the weekends, sometimes sleeping until closer to noon. Bragging rights went to those who had the least amount of sleep, even though it was detrimental to their livelihood.

While striving to achieve the college nightlife of all-night Netflix binges, studying until the wee hours of the morning, and pulling infamous all-nighters, they found themselves sleeping dangerously close to their lecture start times. Most often, they would be unable to make it to the room in time to learn even half of the lecture. Other times, I would spot them sneaking in through the door, trying — and failing — to not cause a scene.

That is the battle that many college students face. While their social lives, including clubs and events — I’m looking at you, CAB, with your 10 p.m. events that I’ve tried to go to and failed because I am too tired — run on a more nocturnal clock, classes and office hours appear to maintain more of a morning rhythm than anything else.

While some students may believe they can maintain decent grades with a night social life, a morning life can boost your grades. According to CBS News, University of North Texas conducted a study and discovered that morning students held a higher GPA than their night counterparts: a difference of a full grade higher.

The possibilities for this finding may be attributed to students having more time in the morning to study and to arrive at classes. Along with waking up early, going to bed at an earlier time decreases the chances they will go out drinking or participate in other activities that negatively impact their academic life.

So while you won’t see me staying up until midnight every night, you’ll probably see me sprinting to my 8 a.m. lecture.