One candidate for the nomination in the race for Iowa's 2nd Congressional District seat has withdrawn his candidacy. 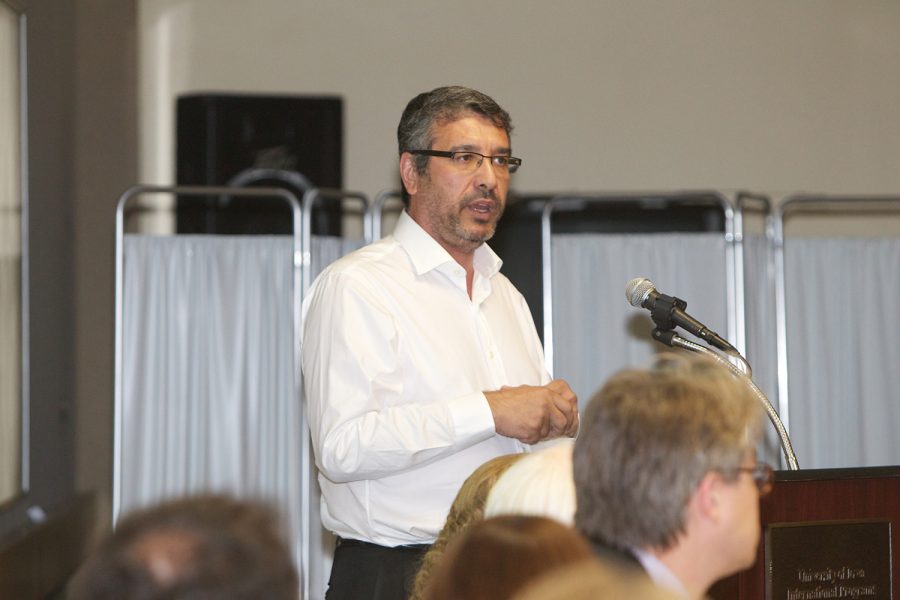 Newman Abuissa, a Syrian-American, talks about the Syrian peoples experience at the UICHR Syria Panel in the University Capitol Centre on Wednesday, September 11, 2013. (The Daily Iowan/Emily Burds)

In an emailed release Monday, the 25-year transportation engineer for the Iowa Department of Transportation wrote that he’d be throwing his support behind Rita Hart, a former state senator and the 2018 Democratic nominee for lieutenant governor.

Newman, 58, launched his campaign in June with an event at the Iowa City Public Library. On the Federal Election Commission website — updated in December — Abuissa isn’t listed among other candidates’ fundraising totals.

“I had a very meaningful journey and the time has come to put my support with our capable candidate Rita Hart,” Abuissa said in the release. “It has been a busy political season and it is time to consolidate our Democratic efforts to keep our district blue.”

Abuissa was born and raised in Damascus, Syria, and graduated South Dakota State University with a master’s degree in civil engineering. Abuissa also presided over the Council for International Visitors to Iowa City from 2010 to 2013.