Iowa continued its strong start to the season with a pair of wins over quality teams. 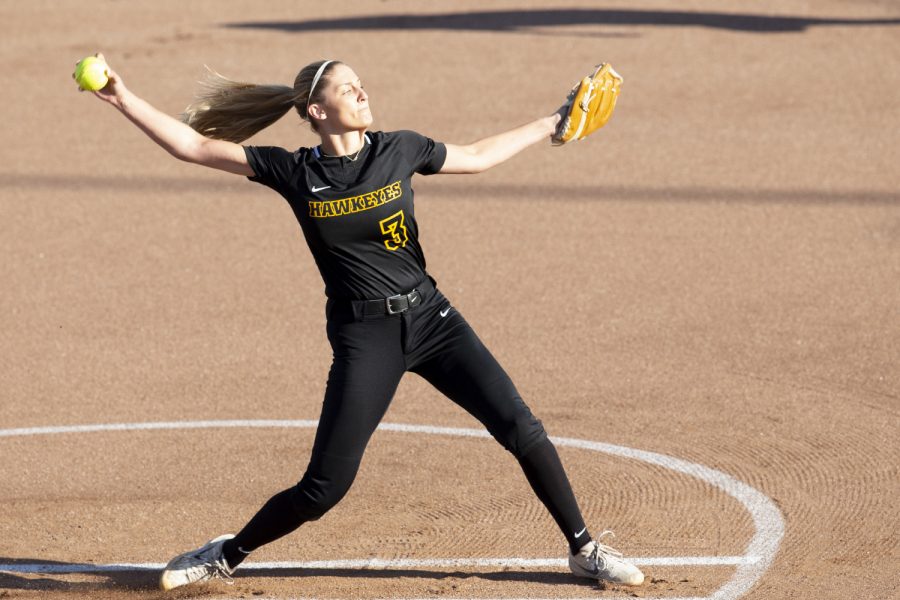 Iowa softball is off to one of its best starts in the decade, and the team continued its tear to begin the season in Madeira, Florida, over the weekend. The Hawkeyes split a four-game series against some of the best competition they have seen all season.

The team competed in several tight games and managed to get to wins against Florida Atlantic and Florida Gulf Coast.

After a short travel turnaround, Iowa had two Feb. 28 games, initially losing a 3-2 game against Miami (OH) and getting a big 7-1 win over Florida Gulf Coast later in the day.

The story of the first day was pitching. The team gave up just three runs on 12 hits, and both Allison Doocy and Lauren Shaw finished complete games. Doocy tossed 10 strikeouts in her game against Florida Gulf Coast, while Shaw had five strikeouts and gave up no walks against Miami.

On offense, a large part of the team’s success came down to junior Aralee Bogar, who had five hits in eight at-bats. It was Bogar who helped give Iowa somewhat of a spark in its first game against Miami, with a great bunt that allowed Iowa to get on the board. However, the team could not capitalize on having the bases loaded in the sixth inning and only scored one run.

In the second game, Bogar hit a single in the third inning that allowed junior Ashley Hamilton to score. It would be Kalena Burns who would give Iowa a major edge in the fifth inning with a double, allowing two runners to come home as Iowa ran up the score to 5-0.

The successful day was exciting for Bogar and a great testament for how the team has the ability to overcome adversity.

“Today was about taking things pitch-by-pitch and seeing what each pitcher was giving us and taking it for what it was,” Bogar said in a release. “We came together well as a team. I was put in good situations and followed through. It was exciting to see the hard work pay off.”

RELATED: Rocco proving to be key for Iowa softball

The second day was similar to the first for Iowa, with the team dropping its early game against South Alabama, 3-2, before recovering for a tight 6-5 victory against a solid Florida Atlantic outfit.

Doocy had another strong game against South Alabama, tallying 13 strikeouts. The performance was not enough for the win, however, when a single in the bottom of the seventh allowed the Jaguars a runner home from third base.

The Hawkeyes got off to a quick start against Florida Atlantic, with Iowa scoring five runs in the first two innings. Bogar got a leadoff double to start before a Nia Carter triple shortly after sent Bogar home. Bogar would score off a Carter RBI in the second inning, with Carter hitting a sacrifice fly.

“Going up to the plate after Bogar’s game-opening double was helpful for the lefties,” Carter said in a release. “We knew that FAU’s pitcher was going to throw inside the leftys and it gave the rest of us more confidence.”

However, FAU would come roaring back with five fifth-inning hits before a RBI from Burns gave Iowa the game-winning run.

Although the team suffered its first two-loss weekend, the Hawkeyes were just one or two hits away from winning each game, according to assistant coach Trena Prater.

“Offensively we were swinging it all weekend,” Prater said in a release. “We had opportunities in both games we lost where we left bases loaded a couple times, so we were one hit away in both games to put our opponents away. Coming into the last game, we knew that we needed to capitalize on those opportunities.”

Iowa will head back down to Madeira Beach for the second round of The Spring Games this weekend.