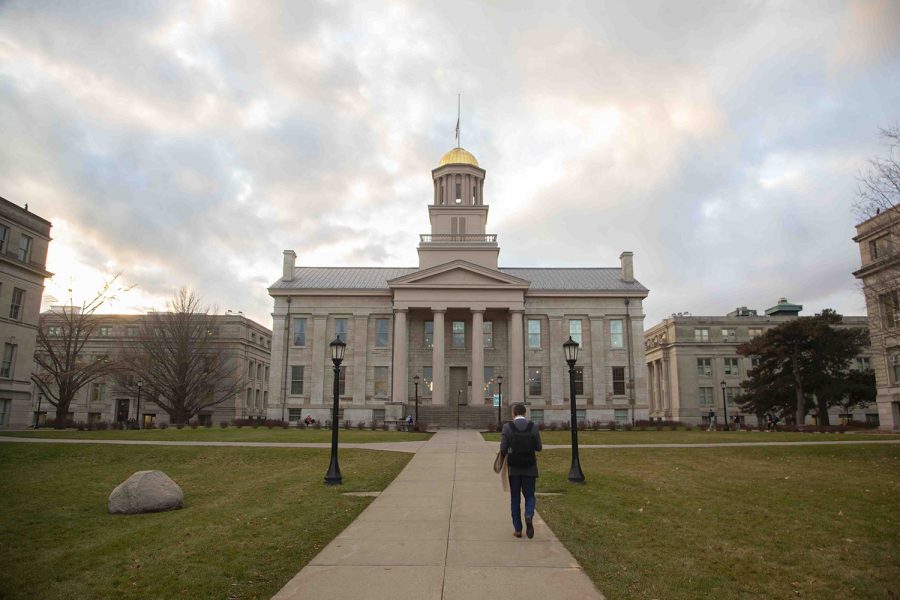 Three University of Iowa fraternities are once again under investigation for alleged violations of campus policies more than a year after four fraternities were removed from campus.

Phi Delta Theta was placed on deferred suspension until fall 2020, Phi Kappa Psi is on social probation from the Interfraternity Council until the end of spring 2020, and Sigma Chi is on an interim suspension from its national organization.

Each of these fraternities were previously investigated in 2018; According to letters requested by The Daily Iowan, Phi Kappa Psi was featured on a Barstool Sports video titled “The Science Behind a Frat Party,” which showed fraternity members allegedly hosting an “unregistered social event.” The video, posted on Dec. 2, 2019, showed people in Hawkeye gear drinking at what appears to be a tailgate.

On Dec. 10, the investigation into this event has since ended, but a report has yet to be completed, said UI Media Relations Director Anne Bassett in an email to the DI.

Phi Kappa Psi was previously put on interim suspension of social activities in August 2019 after allegedly hosting an out-of-town formal. The chapter has been charged with alcohol use and misconduct on organizational property, among other charges.

The UI Interfraternity Council and Panhellenic Council permanently banned out-of-town formals in 2017 after Kamil Jackowski, a member of Sigma Chi, died while attending a formal in Missouri.

Police were called to the Phi Delta Theta chapter house Jan. 31 to deal with a noise complaint, and an investigation into the alleged party is ongoing. According to the letters, the live-in adviser was cited for disorderly house. Phi Delta Theta received a letter Feb. 11 informing the chapter of charges of misconduct on organizational property and failure to observe policies.

Phi Delta Theta was previously accused in January 2019 of hazing, misconduct on organizational property, other violative conduct, failure to comply with a university directive, and failure to observe policies. After the investigation concluded, the letters said, no evidence in support of the allegations was found, and there would be no punishment.

Sigma Chi was charged Feb. 11 with failing to observe policies on or before Feb. 10, according to the letters, though no specific instance was mentioned in the letters.

Under former Vice President for Student Life Melissa Shivers, the UI began working on a Fraternity/Sorority Life strategic plan after suspending several greek chapters in the fall of 2018. The plan’s goal was to help fraternities and sororities create a healthier and safer environment, reducing the risk of high-risk alcohol consumption.

Shivers said in an October 2019 interview with the DI that IMU Executive Director Bill Nelson had just ended open forums that would contribute to changes in the plan, and Shivers anticipated receiving a draft of the plan by the end of the month. Shivers has since left the UI to take lead Student Life efforts at Ohio State University.

The UI wasn’t able to share updated information on the Fraternity/Sorority Life Strategic Plan by the time of publication.