The Iowa House advanced a bill Tuesday that would require the UI Colleges of Medicine and Dentistry to allocate a minimum number of slots to in-state students. 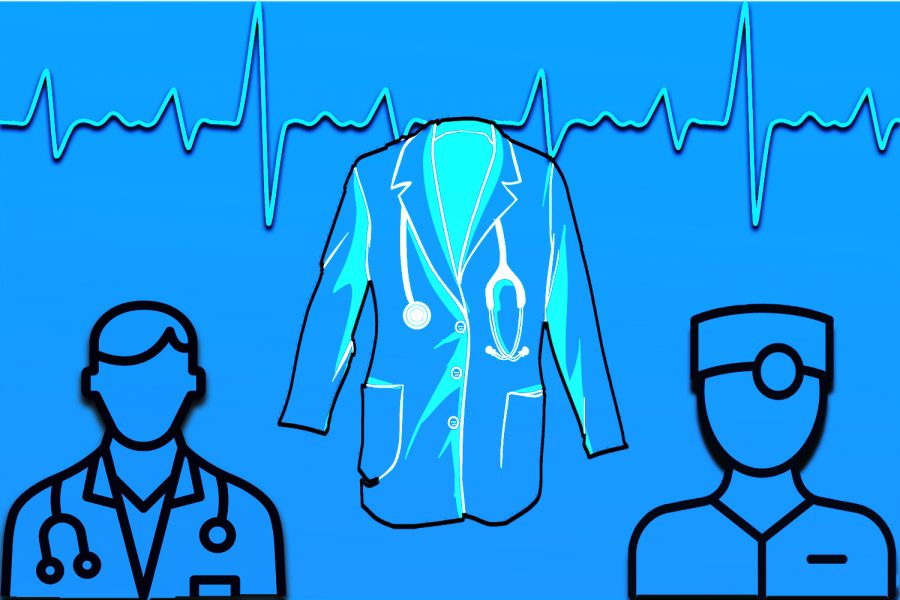 The Iowa House of Representatives voted Tuesday to advance a bill that would require the University of Iowa medicine and dentistry schools to allocate at least 75 percent of its admissions to Iowa residents or to people who attended an Iowa community college or state college or university.

The bill, House File 2383, passed 54-44 along party lines after lawmakers deliberated for nearly an hour on the House floor. In a contentious debate among Republicans and Democrats, lawmakers grappled with what the root causes are for students leaving the state after graduation.

The bill would require the state Board of Regents to implement the provision, and in addition to the admission requirement, the UI would have to submit an annual report to the Legislature, detailing how many students in the program stayed in Iowa and how many left in the year after their graduation, and whether those students were previously residents of the state.

Regent spokesman Josh Lehman said in a statement to The Daily Iowan that the regents are following the language of the bill as it moves through the legislative process.

The House bill was introduced by Iowa Rep. Ann Meyer, R-Fort Dodge, who is the vice chair of the Human Resources Committee and sits on the Education Committee.

Iowa Rep. Karin Derry, D-Johnston, served on the bill’s subcommittee and said on the House floor she’s doubtful that this provision would encourage graduates to remain in the state, and that it could have a financial burden on the UI.

“It’s not entirely clear to me that this bill is necessary,” Derry said Tuesday, saying that a majority of students at the Colleges of Medicine and Dentistry are already in-state.

Derry said that reduced out-of-state tuition to the UI could have an estimated annual impact of $800,000 to $1 million. UI officials often lament what they describe as “generational disinvestment,” or the dwindling share of general-fund revenue that comes from the state. The general fund is supported with a share of around one-third state appropriations and two-thirds tuition dollars.

Iowa Rep. Dave Jacoby, D-Coralville, challenged Meyer during the Tuesday House debate, saying that he’s not seeing anything in the bill that incentivizes Iowa students to stay in Iowa or to move back to Iowa after studying out of state.

Jacoby suggested that raising Medicaid rates and reimbursements could help rural hospitals afford to hire more doctors, rather than having the UI meet an admission requirement, which could prove ineffective.

Meyer said she’s heard anecdotally from students in these programs at the UI that they’re studying alongside students from the east coast and west coast who have no intention of staying in Iowa, she said.

“We are losing the benefit in Iowa,” Meyer said. “Your tax dollars are educating out-of-state kids, and they’re going back to practice.”

Meyer said she does not have any data that show when students attend undergraduate and graduate school in Iowa, they’re more likely to stay in the state. She said she has only heard it anecdotally from friends who have kids in medical school and doctors who train medical students.

In a January 2019 interview with UI Vice President for Medical Affairs Brooks Jackson, Jackson told The Daily Iowan 78 percent of medical student went out of state for residencies in 2018 because there weren’t enough openings in Iowa.

He said that the low retention rate of medical students can be attributed to the low number of residency slots, few financial scholarships, and high tuition costs.

HF 2383 was sent to the Senate for consideration after the House adjourned on Tuesday.