Arizona-based Troon will take over management of the UI's golf course. 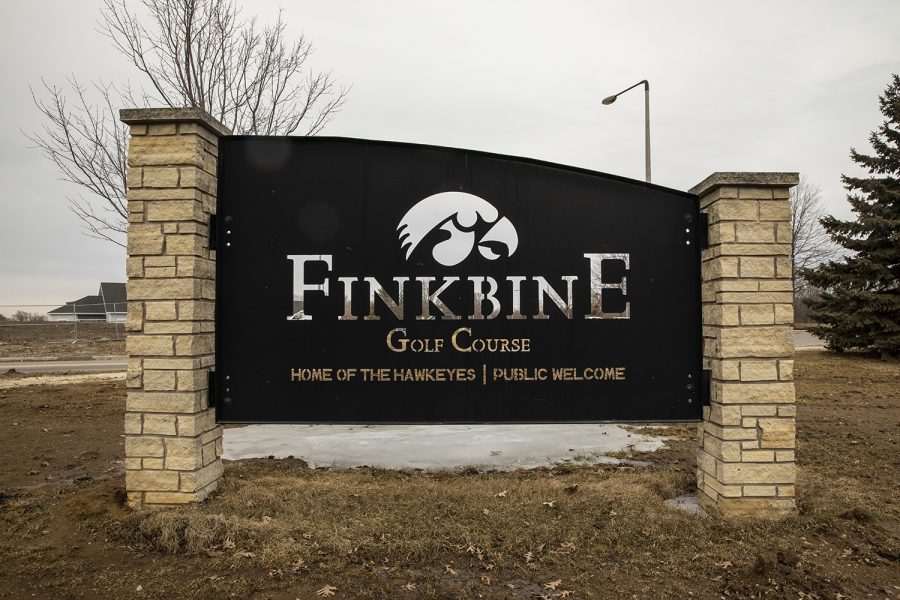 This is them main entrance to Finkbine seen on Monday, February 24, 2020.

Finkbine Golf Course, which is owned by the University of Iowa and services the women’s and men’s golf teams, is under new management.

The move, announced Monday morning, transfers management to Troon, an Arizona-based company specializing in club management, development, and marketing. Although the company’s headquarters are in Scottsdale, the shift in management was announced Monday from its newly established Chicago office, which will service courses located in the Midwest.

The number of U.S.-based golf facilities working with management companies such as Troon has risen over the past decade. According to the National Golf Foundation, 10.6 percent of courses were managed by third-party companies in 2006; the number sits at 16 percent as of January 2018.

“We are truly excited to partner with Troon to help manage the day-to-day operations at Finkbine Golf Course,” Matt Henderson, UI senior associate athletic director, said in a Monday news release. “Troon has a track record of managing some of the top courses around the country. Troon’s focus on providing a premier golfing experience is exactly what we were looking for as we open the new Nagle Family Clubhouse and continue to enhance one of the top golf courses in the Midwest.”

This spring, Finkbine Golf Course will reveal the Nagle Family Clubhouse, a nearly 20,000 square-foot facility with a host of amenities (including a pro shop, restaurant, and outdoor patio).

The state Board of Regents approved the naming of the nearly $10 million Nagle Family Clubhouse at its Feb. 5 meeting to honor Mary Lee Nagle Duda and Fritz Duda, whose monetary gift made the construction of the building possible, The Daily Iowan previously reported.

The Dudas have supported the UI financially in the past by providing scholarship assistance for the Iowa Spirit Squad, contributing funding for the James M. Holk Family Golf Complex, and through the Fountiene Lee Duda Faculty Fellow of Renaissance Art, the DI previously reported.

The old clubhouse built in 1956 will be demolished at the end of February with the completion of the new building, UI Senior Vice President of Finance and Operations Rod Lehnertz said at the meeting.

The new amenities included in the clubhouse will make it match the notoriety of Finkbine as one of the state’s top-ranked golf courses and serve the UI’s golf programs, he said.

Regardless of the new facilities, Troon COO Bruce Glasco said the company has had its eyes on the Hawkeye State since its Chicago branch opened.

“Finkbine has long been considered one of the top public courses in Iowa,” Henderson said in the release. “Through operational efficiencies, proven marketing programs and a hyper-focus on guest service and satisfaction, we will look to improve an already outstanding golf property.”