Iowa Rep. Mark Smith was elected as chair of the Iowa Democratic Party on Feb. 15 after Troy Price’s resignation. He hopes to put caucus controversies behind him and focus on helping Democrats win elections in November. 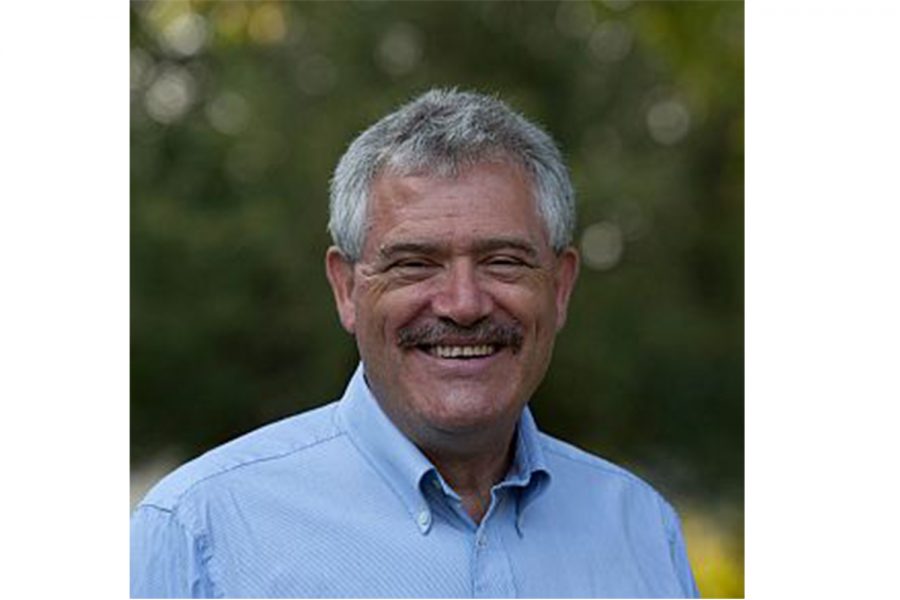 Newly elected Iowa Democratic Party Chair Mark Smith said his top priority is electing Democrats up and down the ticket in November, assuming his role in a hotbed of controversy with a caucus process that is still under investigation.

“Our goal is to defeat [Iowa’s Republican Sen.] Joni Ernst in November, and to sweep the congressional seats, take back the Iowa House, take back the Iowa Senate, and win the local elections across the state,” Smith said in an interview with The Daily Iowan.

Smith said that process begins with strong candidate recruitment and spreading the Democratic Party’s message to Iowa voters. He said he will travel across Iowa in the months ahead and meet with voters in an effort to win important races across the state to elect Democrats and end the Republican trifecta.

Smith was elected as chair of the state Democratic Party on Feb. 15 at a State Central Committee meeting. He has been a member of the Iowa House, representing Marshalltown, Iowa, since 2001, and he served as House minority leader from 2013 to 2018.

Joe Henry, who serves on the League of United Latin American Citizens national board; Gabriel de la Cerda, a former candidate for the 3rd Congressional District; and Bob Krause, a 2016 U.S. Senate candidate, were also on the ballot.

The election came after the resignation of former Chair Troy Price, who oversaw a tumultuous caucus process in early February that failed to produce timely results and was riddled with inaccuracies. Smith will serve out the rest of Price’s term, which ends in early February 2021, and said he will take a part-time salary until the legislative session wraps up later this spring.

Smith said he wanted to emphasize to Iowans what went right on caucus night. He said the thousands of volunteers at caucus sites across the state helped make some precincts run smoothly. Still, he said he would continue with an investigation into what went wrong and make any changes recommended from the investigation.

“‘What happened later is unfortunate…and unacceptable,’ were the words that Chairperson Price gave for what occurred later, and I couldn’t agree more,” he said. “The State Central Committee made a decision to have a review by a couple of people who have been noted in identifying problems with systems, and so we’ll be looking at that and making decisions going forward.”

RELATED: By the numbers: The figures that defined that Iowa caucuses

Jeremy Dumkrieger, chair of the Woodbury County Democrats, agreed that for the most part, at the local level, the caucuses went well. He said transparency in the investigation will be key to restoring the trust of Iowans and people across the country, which he thinks took a hit because of the scrutiny around the caucuses.

“I think we got hammered pretty hard in the national media, but if people went to the caucuses, it was really smooth, and everybody was friendly with one another and it went really nice,” he said. “It’s just that stupid thing happened. We just have to figure it out and move forward.”

Despite rising pressure for reform from national party leaders, including the Democratic National Committee Chair Tom Perez, Smith said he wants Iowa’s caucuses to remain the first presidential nominating contest in the nation.

“We are a very informed people, we’re people that have a long history of supporting civil rights,” Smith said. “… We’re very serious about the decisions that we make in presidential races, so clearly I believe that this is the place we should be starting with, with the caucuses.”

Kurt Meyer, the chair of the TriCounty Democrats in northeast Iowa, said Democrats should move on from the caucus controversy, and he agreed that organizing Iowans and winning races should be the top priority.

He said campaigning in rural areas and every part of the state would be the way to win offices at local, state, and national levels in November. Smith has the expertise to cater to the whole state, Meyer said, because of his experience as House minority leader, which gave him a perspective of the state beyond just his district.

“That is a message that cannot be lost on any of us, and I think when we do that, we win,” he said. “And I know that Mark understands that as well as anyone.”