Opinion: How our politicians talk to each other matters

It might just seem like petty politics, but the lack of respect from our nation’s leaders needs to be addressed. 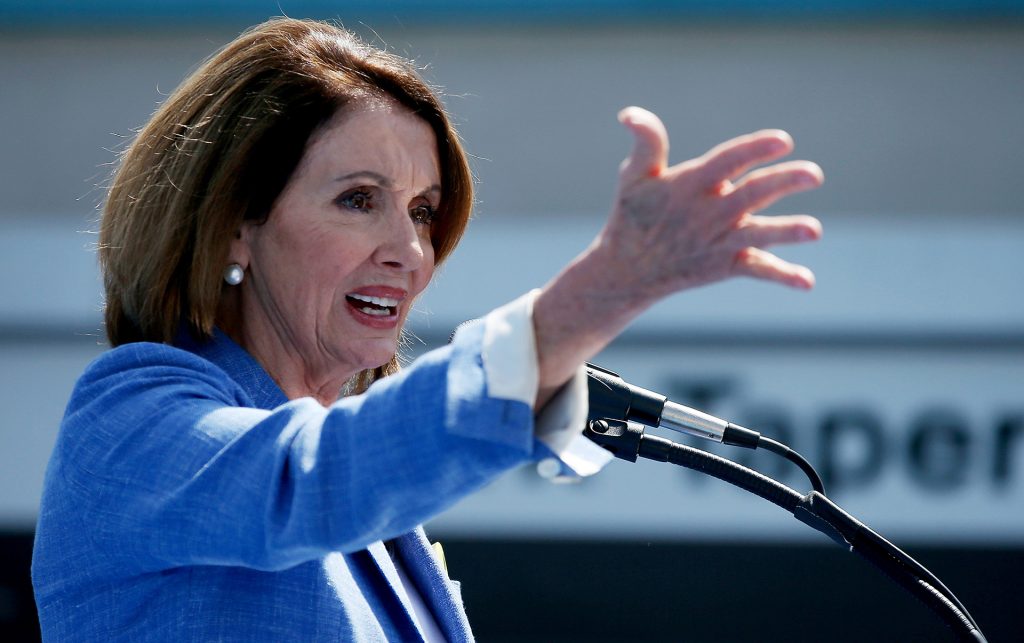 Our politicians need a refresher on the Golden Rule.

Speaker Nancy Pelosi ripped the president’s speech during the State of the Union address. Some might say it’s not a big deal because that’s “how politics works.” But this sort of disrespect matters.

During the address, President Trump surprised a military family in attendance with their service member coming home. Imagine having a family member come back from being deployed, a nonpolitical moment, and then the Speaker of the House rips the speech, sending the message that your story does not matter.

Americans should agree a soldier coming back from the army to surprise his or her family is a moment to cherish.

After 9/11, Democrats and Republicans held hands in prayer. Why is a national tragedy needed for that to happen? Now, the president and House speaker can’t even shake hands after the State of the Union address.

Again, maybe that’s just how politics works. What kind of message does that send to the American people? It’s OK to not be civil to someone on the opposing side of the political spectrum. It leads to minorities and majorities, along with people on the opposing end of the political spectrum, being at each other’s throats instead of respecting each other.

Conservatives can be disrespectful too. Trump has mocked a reporter with a disability. Trump claims he did not know this, but what difference does that make? More bluntly, conservative media pundit Ann Coulter has called Barack Obama a “retard.”

I don’t approve of calling anyone the r-word as a derogatory term even if the person you say it to does not have an intellectual disability. I’m not sure how much Obama cared about the name calling, but people who actually have cognitive delays probably did not like how their mental disability was used as an insult.

I realize politicians have freedom of speech. Pelosi, Trump, and Coulter all had the constitutional right to act the way they did. But just because you can do something, does not mean you should. Regardless, you should not make fun of people, especially those with the platforms that come with being a politician or media figure; you’re held to a higher standard of conduct.

I’m sure the majority of politicians are good people, but politicians need to realize their actions and words have consequences beyond politics. Their actions shape public opinion.

I don’t disagree a lot with Trump or Coulter on the issues, but if they thought before they spoke, they would be better people.

I don’t agree with Pelosi politically, but other than the fact I wouldn’t vote for her if she ever ran for president, I couldn’t care less about that. However, I do care whether she is the kind of person who cares more about politics than taking a moment to respect a little girl who survived being born prematurely.

Awareness of politics is needed for current and future voting members of our country. A person’s character matters more than making a political point.