Military and Veteran Student Services will move into the Office of the Registrar soon based on feedback from a student task force. The new space aims to offer more opportunities to military-affiliated students. 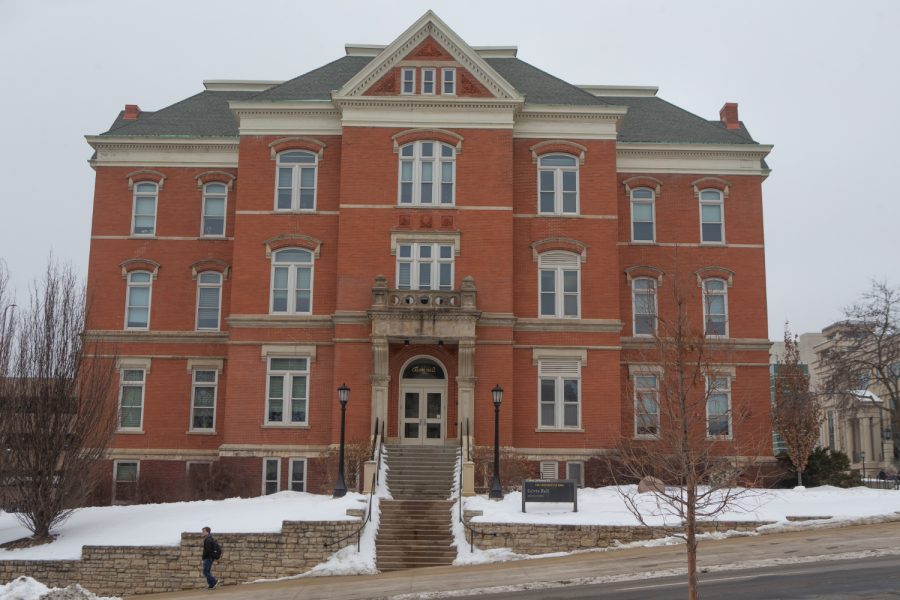 The University of Iowa Military and Veteran Student Services office is returning to its original jurisdiction under the Office of the Registrar and will soon make a physical move to its new space in what was previously the Financial Aid Office.

The department had previously been under the Office of the Registrar, said Assistant Provost and University Registrar Larry Lockwood, but since switched to the Division of Diversity, Equity, and Inclusion. This move back into the Registrar’s Office, he said, is one way to better serve UI veterans and military-affiliated students.

“Veterans [are] a class and a culture unto themselves,” he said. “They all have had the same experience, so they needed their own space. It seemed best to bring them back to the Registrar’s Office where we can benefit them the most and work with them to ensure we retain our students.”

“This transformation and office move allow us to combine the student support and the benefits sides, that is [Iowa Veteran, Education, Transition, and Support], which has always been under the Office of the Registrar,” he said. “Our students work closely with both sides and the offices work closely together. This was the natural progression to help give students mutual support which will help [UI] students more in the long run.”

Miller said moving to the Registrar’s Office stemmed from a recommendation by a student task force, who were adamant about making a better space for veterans. One student fighting for more opportunities for veterans was Paul Richards, the president of the UI Veterans Association.

The student task force aims to help the university better understand what they can do to aid military-affiliated students, Richards said.

“We were able to produce a document that considered the move and other options that would better benefit students on our campus,” he said. “The task force was a way to ensure a cycle of improvement to serve students at the [UI].”

Richards said this move will begin to better accommodate students who use Military and Veteran Student Services. The latter is a growing group of students who need a larger space to accommodate them, he added.

“The new space is anticipated to be much larger and better equipped to serve our 2,400 military-affiliated and connected students,” he said. “Our current space comes into a lot of space issues, especially around midterms and finals weeks, because different students study in different ways.”

RELATED: Vets for peace aim to reclaim the meaning behind Armistice Day

The physical move of the office will not occur until the summer or fall 2020, Lockwood said, but he is excited to start helping students in a space that will better serve their academic needs.

Lockwood said the change to being led by the Registrar’s Office will allow the office to succeed in its goals and raise the graduation rate of veterans on the UI campus.

With new leadership and a better space, Lockwood said he knows this can be done.

“We want to make sure the student is able to stay in school,” Lockwood said. “We want to do everything we can to keep them [at the UI]. Usually, we have a high dropout rate within the first semester veterans are on campus. We want to help them reintegrate into society and increase the graduation rate and get it back to the 80 percent it used to be at.”