The UI has named Jeffrey Quinlan as the new chair of the Family Medicine department, a position he will take on beginning in October. 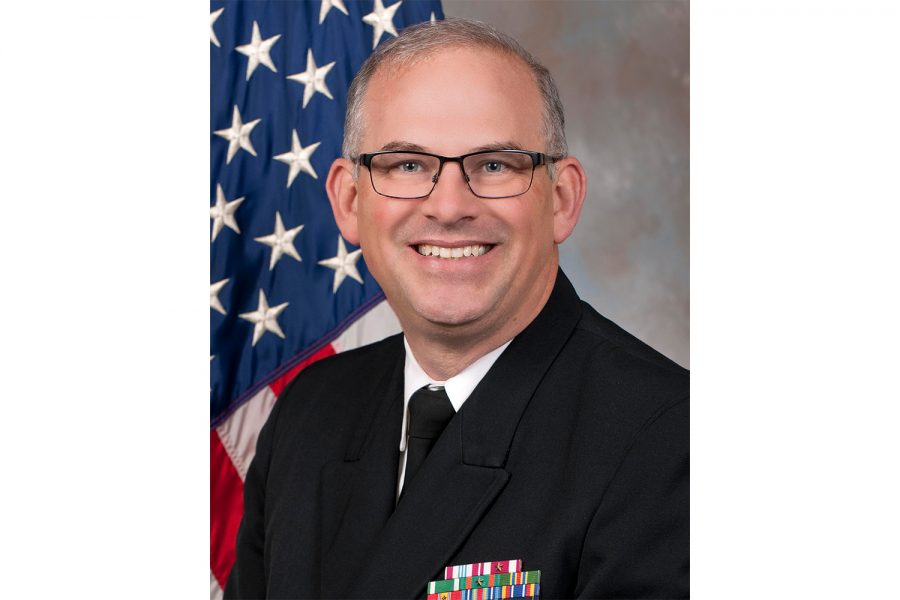 After a 28-year career in the United States Navy moving from coast to coast, Jeffrey Quinlan will settle down in the Midwest to take on his new role as the University of Iowa’s chair of the Family Medicine Department.

Quinlan will take over the position beginning Oct. 15 after a nationwide search to fill the position. He knew he wanted to go into the medical field by the time he finished high school, he said.

When he began searching for medical schools, Quinlan knew the financial burden would be far too much — so he joined the Navy. He would then be awarded a scholarship from the Navy to attend medical school.

“I just thought that I’d do my four years of payback and then come back to Pennsylvania, and that would be where I lived the rest of my life,” Quinlan said. “I found that I really enjoyed the Navy, and the Navy gave me a lot of great opportunities, and so those four years turned into a total of 28 years of Navy service.”

While he was stationed in Sigonella, Italy, Quinlan became interested in obstetrics. He spent three years there working in family medicine, specifically on maternal medicine. After which he moved back to the U.S. and trained for a year in operative obstetrics so he could perform Cesarean births, he said.

Quinlan’s interest in maternal health was one of the things that helped draw him to Iowa, he said. With Iowa seeing maternal care units in rural hospitals closing, Quinlan believes the UI can have an impact.

Because he currently serves as the chair for the Family Medicine Department at the Uniformed Services University in Bethesda, Maryland, the tasks and leadership expectations of the position will not be new to him.

Quinlan said he has done a fair amount of funded research projects, publications, and presentations and is looking forward to continuing his work at the UI.

“I think for me, after 28 years in the Navy, an appreciation of the importance and value of service in one’s life is a unique quality that I bring to the position, as is my ability to demonstrate my commitment to that service,” Quinlan said. “I think that’s important as a physician, but I also think that that’s even more important as the chair of a department.”

Quinlan’s experience as a department chair helped him stand out, said Cynthia Wong, co-chair of the search committee and department executive officer of the department of anesthesia. In his interview for the position, those leadership qualities stuck out, she added.

“He also practices obstetric family medicine, which is not something that a lot of family medicine physicians do,” Wong said. “I think it’s very important for Iowa because it’s a largely rural state.”

Fick, who has served in the position since 2017, said recruiting students for residency programs and fellowships is one of the challenges of leading the department.

“Everyone’s very excited about Jeff coming to this fall and we’ve looking forward to his sort of experience and new ideas for the department,” Fick said.