Iowa Democratic Party Chair Troy Price resigned on Wednesday after more than a week of criticism over delayed caucus results. 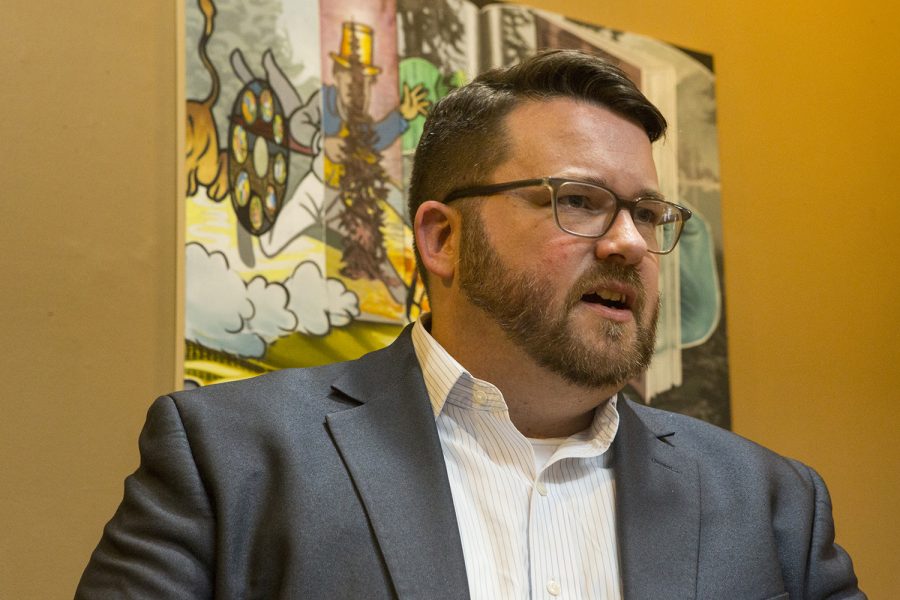 Iowa Democratic Party Chair Troy Price discusses the Iowa caucuses in an interview for The Daily Iowan at Prairie Lights on Friday, May 5, 2019. (Jenna Galligan)

The Democratic National Committee pushed Iowa to make the caucuses more accessible this year, which resulted in several rule changes to increase transparency with limited time to implement them and to test-run new technology.  This resulted in inconsistencies in reporting between final results posted by the party and results from precincts’ tally sheets.

“Enduring threats to personal safety, taunts, and anger from people around the globe, our staff worked in a professional manner to produce a final result,” Price said in his resignation letter.

Official results did not make it out of Iowa until several days after Feb. 3, and the campaigns of former South Bend, Indiana Mayor Pete Buttigieg and Sen. Bernie Sanders, I-Vt., requested a recanvass of results for a total of 143 precinct locations. The lack of results from Iowa caught national attention and consumed news coverage.

Price said in his resignation letter that he took over the party in the wake of the 2016 election, when people “locally and across the country believed that Democrats in Iowa were dead, and that we would never see victories again.”

He said that despite the negative news coverage of the caucus process, many caucus sites in Iowa were reporting that the new rule changes helped their process run smoother and that the newly implemented satellite caucus locations ran well.

Price said the Iowa Democratic Party should not be the only subject of blame for the failed results.

“However, there is no doubt that the process of reporting results did not work. It was simply unacceptable. It is why I called for an independent review of the decisions and processes that lead to this failure,” Price said in the letter. “We worked collaboratively with our partners, our vendors, and the DNC in this process, and I am confident the review will be able to determine exactly what went wrong, what went right, and how we can avoid this from ever happening again.”