Guest Opinion: All Democrats should vote for whoever wins the primary

Regardless of who eventually gets the Democratic nomination, they need the full support of the party to defeat President Trump. 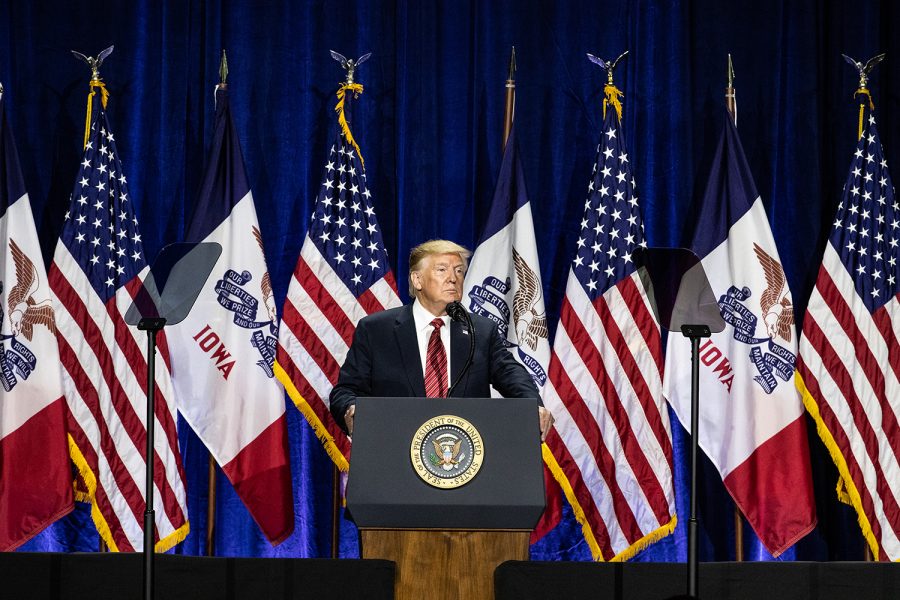 As a 19-year-old first-year student, this is my first go at a presidential election. That’s not to say I wasn’t politically active as a 16-year-old for the 2016 election, but I wasn’t able to finish the job by casting a ballot. In 2016, I was a huge supporter of Sen. Bernie Sanders, I-Vt.

It is now 2020, and I am completely, 100 percent on Team Pete Buttigieg. I have spent hours volunteering for the former South Bend, Indiana mayor’s campaign as the director of canvassing for Hawkeyes for Pete and was even a precinct team member for Iowa City Precinct 5 in the caucuses.

My political obsessions from 2016 and 2020 are now going head-to-head in primaries across the nation. Sanders is taking much of the left-progressive vote, while Buttigieg is taking the left-moderates. They are neck-and-neck in many of the primaries and polls, and it truly is anyone’s game at this point.

This brings me to my main point: Many of us want our preferred candidate to win the nomination, but no matter who ends up getting it, we need to vote for the Democratic nominee.

I have heard so much talk of people saying that if their candidate is not the nominee, they might vote for a third party, vote for President Trump, or not even vote. Voting for anyone other than the Democratic nominee is a surefire way to give Trump another four years in office. I drew some confused faces when I tried to explain this, so here’s how I broke it down.

In all reality, the differences in the Democratic candidates are small. For the most part, they all have similar goals, just with differing opinions on how to get to that point.

So, my question is this: Are any of these candidates actually worse than four more years of Trump?

Any supporter believes that their candidate will make this country better. You wouldn’t support a candidate if you didn’t have a philosophy. But it is a fact that Trump will continue to make this country worse if he serves four more years. At the bare minimum, these Democratic candidates you disagree with might just keep our country at the same level. Not better, not worse, but certainly not on our way into World War III.

I liked Sanders in 2016, and I like Buttigieg in 2020, but whoever gets that nomination this summer will be my new favorite. I can’t do four more years of Trump.