Opinion: How to stay involved after the caucus chaos

Iowans can still be involved in political action as national attention moves elsewhere. 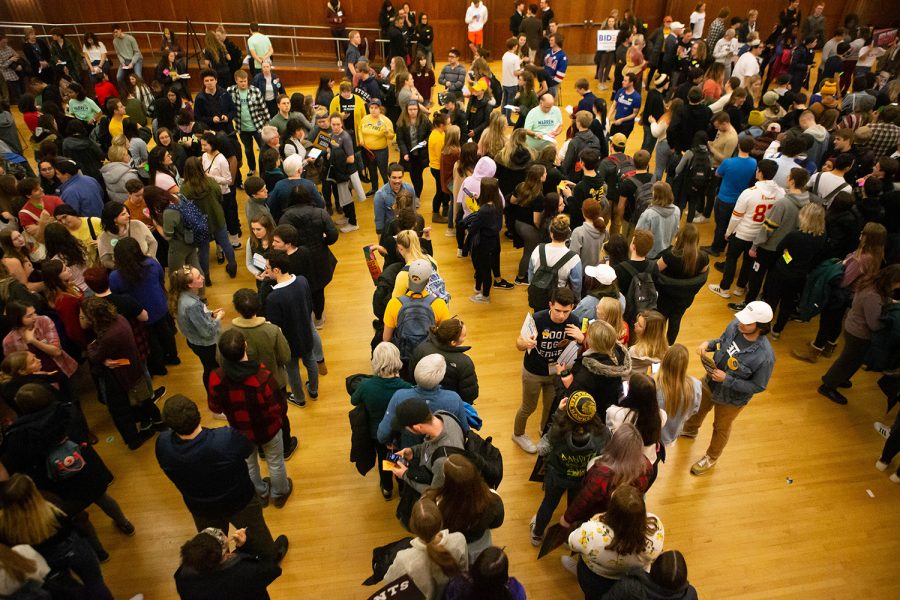 University of Iowa students form lines during the caucus at the Iowa Memorial Union on Feb. 3.

A week after the caucuses, two temptations arose for Iowa caucusgoers.

One was the ease of bashing the caucus process and jumping into the melee on whether the events of Feb. 3 were a fluke or a symptom of systemic failures. The other is the temptation to step back and let politics go on without Iowa. After all, with primaries out of the way and the general election in a distant November, staying in touch with politics seems daunting and exhausting.

Both of these responses, while comfortable, make the mistake of dismissing the bulk of politics. Politics exists, contrary to typical media coverage, outside of the presidential arena.

Republican Sen. Joni Ernst is up for re-election after six years in office, currently facing a slew of Democratic challengers that will narrow down during their own primary in June

The 2nd Congressional District will be without an incumbent as Democratic Rep. Dave Loebsack has announced his retirement

Also on the 2020 ballot will be the automatic Constitutional Convention question, which appears on Iowa ballots every 10 years per the state constitution, a factor that rings louder as calls for broad structural change are made across the state

While succumbing to the presidential buzz is tempting, Iowans must stay politically engaged if they want 2020 to matter. While the prospect of political involvement may seem daunting, it can be a lot easier than grassroots involvement and volunteer work. While these are certainly good practices, they’re too often seen as the full extent of civic engagement, which they are not.

There are three ways to stay involved without sacrificing one’s time to the ground game.

The first is to stay informed. A 10-minute period of the day to browse headlines gives voters a heads-up about candidates and the issues that are up for debate. This is not to say that everyone should tap into political coverage all the time, or that nobody should ever take a break from politics. While tuning everything out on occasion can be healthy, ignoring government affairs is a bad habit over extended periods of time.

Second, vote outside of presidential elections. America’s turnout rates are dismally low for congressional elections, as are rates for primaries in every state. The primary for the Senate, House, and county offices are June 2 this year.

A third thing to keep in mind is that political engagement can happen on a regular basis by simply talking about politics.Asking friends if they’re planning to vote and who they will vote for provides a wealth of knowledge and spurs engagement. These conversations need not even be in person — retweets from local representatives can spur discussions that shape ideologies and spur action on Election Day.

By staying reasonably engaged, Iowans have the ability to shape their own politics and those of the country. The question is not whether politics will go on without Iowa — it will. The question is whether Iowans choose to let that happen.