After updating data in 3 percent of caucus precincts, the Iowa Democratic Party allocated another national delegate to Pete Buttigieg despite errors in results. 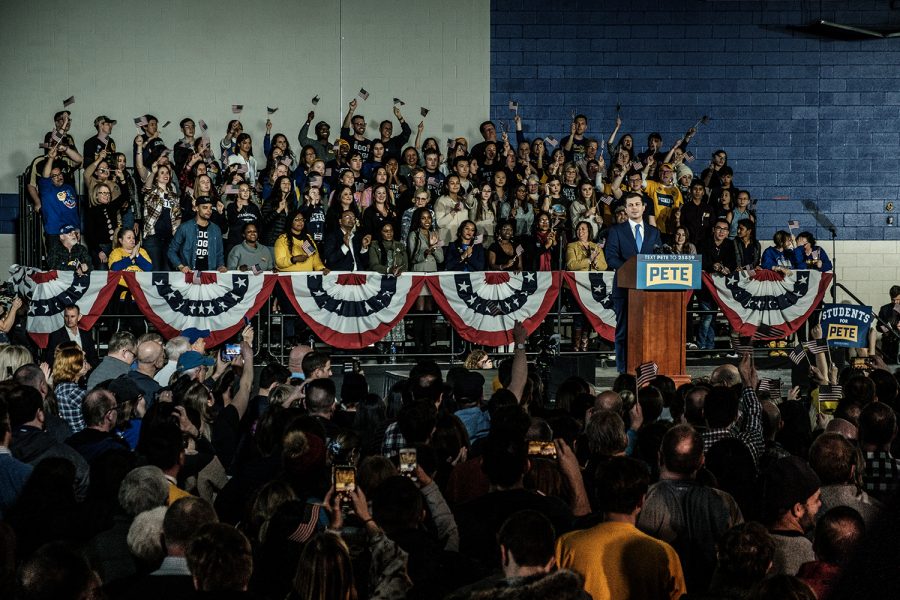 Former Mayor of South Bend, Indiana Pete Buttigieg speaks to an audience during a caucus watch party at the Bell Center in Des Moines on Monday, February 3, 2020. At the time of the watch party, no precincts had finalized results. Buttigieg gave a hopeful speech and claimed victory in Iowa.

Buttigieg was allocated 14 national delegates, followed by Bernie Sanders with 12, Elizabeth Warren with eight, and Joe Biden with six. The Sanders campaign plans to request a partial recanvass of results to ensure the results were added up correctly, according to the Associated Press.

Because of errors in calculating results, the Associated Press, which typically analyzes election results and calls a winner, is not calling a winner from the Iowa caucuses, along with The NYT. The AP is also not allocating the additional delegate to Buttigieg that the Iowa Democratic Party reported Sunday.

“Prior to reporting the totals, the IDP shared with each campaign the analysis of the submissions and any resulting corrections,” the IDP said in a news release on Sunday. “Corrections were made when the reported precinct numbers were inconsistent with the precinct’s official results, as signed by the precinct chair, secretary, and representatives of presidential campaigns.”

According to IDP internal emails, the party will not be correcting errors on official handwritten tally sheets from individual precincts. An IDP lawyer said in an email to state central committee members that the math must not be changed to ensure the integrity of the process.

Inconsistencies have been found between final results posted by the party and results from precincts’ tally sheets by journalists, Iowa caucusgoers, and party members. There were several rule changes to the caucusing process this year that added confusion to how delegates were to be allocated.

Since caucus night Feb. 3, the party has been checking paper records to results reported by volunteers using an app or a phone line. The IDP said Feb. 8 that it reviewed and corrected inconsistencies in 55 precincts out of 95 that were under review. There were 1,765 precincts in the state.