Lisa Covington recently received the Martin Luther King Jr. Achievement Award for her advocacy and work for equity and liberation of African Americans and people of color in Iowa City. Covington has devoted her career to supporting people of color. 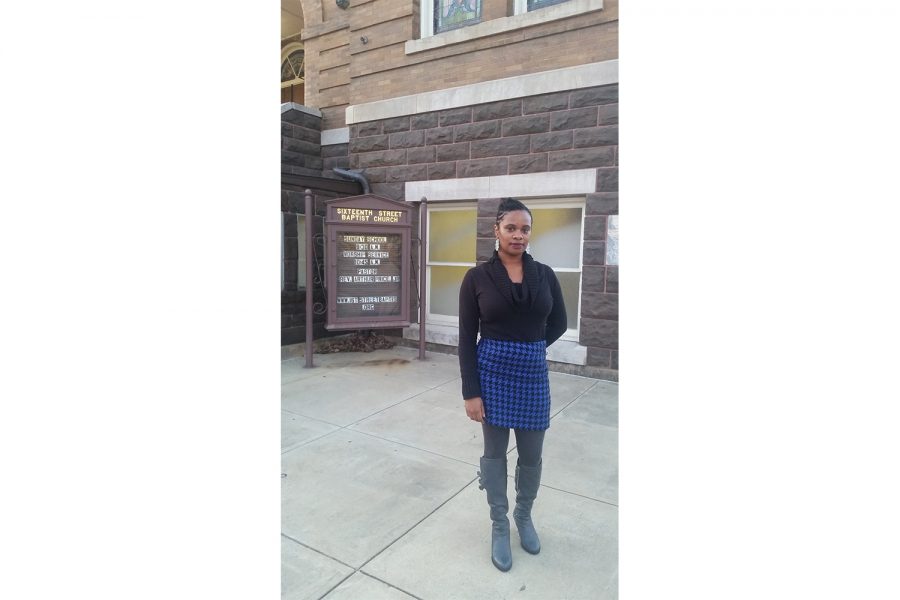 When she started her first year at Clarion University of Pennsylvania, Lisa Covington worked at a Clarion women’s center, and she discovered a passion that would carry on into the rest of her life — understanding and addressing the many forms of inequity in the world.

Today, as a Ph.D. candidate in sociology at the University of Iowa, she said that passion has blossomed into something she never imagined.

Covington recently became one of five Iowans awarded the Dr. Martin Luther King Jr. Achievement Award given to individuals whose work continues to bolster the goals of civil rights activists like King.

During the four years she’s been in the area, the Pittsburgh, Pennsylvania native has worked through graduate school while also dedicating herself to several organizations and projects  focused on empowering and liberating people of color in the community.

A local project that quickly caught Covington’s eye was Humanize My Hoodie, started in late 2017 by Jason Sole and Andre Wright to humanize people of color — especially African American men — in hoodies. Sole met Covington at presentation he was giving, and the two clicked. From the project’s inception, the founders say they knew that they wanted her involved.

“Her work ethic, her compassion for people who are suffering, her drive is remarkable,” Co-Founder Jason Sole said. “I definitely want that lifted up. She’s an amazing black woman and she’s putting in the work out here to change things. I’m excited to see what she’s going to be in the next three to five years because she’s growing at a rapid rate.”

Covington also became connected to G!World, a group centered around mentorship and empowerment of young women of color, and Sankofa Outreach Connection, an organization built to support fellow women of color, through their founders RaQuishia Harrington and LaTasha DeLoach.

“They kind of encouraged me to become involved and so I did and I was just really grateful to be welcomed by these women, to be involved with an organization [Sankofa Outreach Connection] that they founded and started for young women of color,” Covington said.

Teresa Mangum, director of the Obermann Center for Advanced Studies, said that the center appreciates Covington’s commitment to working as a senior fellow and graduate student, as well as her commitment to making the community around her a welcoming place for all.

“I certainly think she is a person that has a lot to offer,” Mangum said. “She’s really interested in children’s education, in helping kids both express their sense of how to belong to a community but also of helping kids think about how to negotiate with other kids from varied communities.”

Her most recent project is directing the Ethnic Studies Leadership Academy, a five-month program starting this February, which she said is a direct response to a community request for an ethnic studies course.

She said the program’s curriculum will focus on teaching young women of color in middle school and high school how to use digital tools to communicate their ideas and experiences around power dynamics, oppression, and privilege.

“I know the reason for doing empowerment work for youth of color is liberation,” Covington said. “And so, liberation meaning that you can be free to be who you are all the time and know your history, know where you come from, and know that you come from a great legacy.”