UI cancels international programs to China this semester due to coronavirus

The UI Office of International Programs has canceled all Spring Semester programs in China in wake of coronavirus. 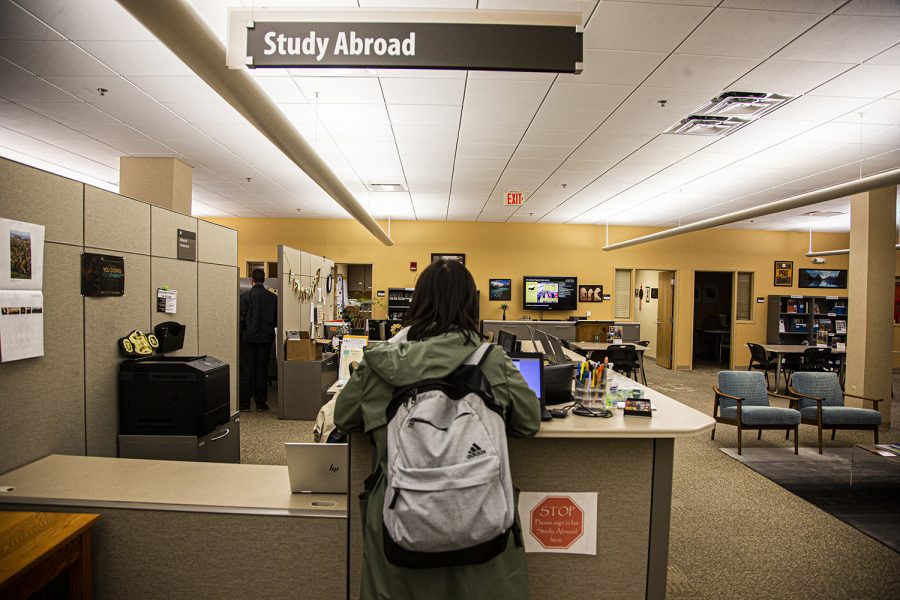 An outbreak of the coronavirus in China has prompted University of Iowa officials to suspend university-sponsored international programs involving travel to and from China for this semester, with the status of summer programs up in the air.

Dean of International Programs Russell Ganim told The Daily Iowan Wednesday that world health crises affect the work the International Programs Office in a major way. Monitoring the spread of the coronavirus — the first case was confirmed in the United States in mid-January — ultimately led to the decision to halt UI programs abroad.

“The fact is, with respect to the coronavirus, we have canceled all programming in China,” he said.

Ganim also said that all of the Big Ten peer schools and other study-abroad programs that work closely with the UI have also canceled all programming in the region. These programs include Institute for the International Education of Students, the Council on International Educational Exchange, and the United Study Abroad Consortium.

The status of summer programs to the area, which is still uncertain, will likely be decided in the next seven to 10 days, Ganim said.

In the event of a crisis, he said that the office involves its health and safety team, leadership team, and other relevant parties to develop the most effective strategy to deal with the program.

“We need to make sure that we are always communicating, sharing information, and engaging with the proper agency to follow the appropriate protocols,” he said.

The Office of International Programs is involved with a number of professional societies that dictate travel limitations. These programs include NAFSA: Association of International Educators, the U.S. State Department, the CDC, and the Iowa Department of Public Health.

UI Health Care is also monitoring seven students who returned to Iowa City from China for signs of the coronavirus, Vice President for Medical Affairs Brooks Jackson said at a state Board of Regents meeting Wednesday.

UIHC is following daily reports and recommendations from the Centers for Disease Control and Prevention and the Iowa Department of Public Health, he added, saying they would be ready to act if one of the seven students would show symptoms of the virus.

“Our health-care system is fully prepared to diagnose any potential person infected with the [corona]virus that may arise,” Brooks said. “Back in 2014, we were really prepared for the Ebola virus. [Similarly,] most facilities and procedures are in place in case we need to do something similar for a patient with this virus.”

None of the students are symptomatic, he added.

“I believe within a week from now [all seven] will be through the 14-day period [of monitoring],” Jackson said. “So far, we haven’t had anybody who’s [been] infected.”

With respect to this outbreak and concerns for travel, Ganim said students are the International Programs Office’s top priotity and that was the ultimate reason for this decision. With respect to international students, Ganim said that the office is providing counseling resources, as well as channels to deal with safety and medical concerns.

“We know that a lot of our international students are under distress,” he said. “And we want them to know that we are supporting them and will provide the resources to them that they need in relation to this unfortunate outbreak.”