Self-publishing: bringing local authors to success, debt, or a route of possibility

A UI alum, Iowa City native, and Des Moines resident all share differing personal experiences of using the entrepreneurial route to being an author: self-publishing. 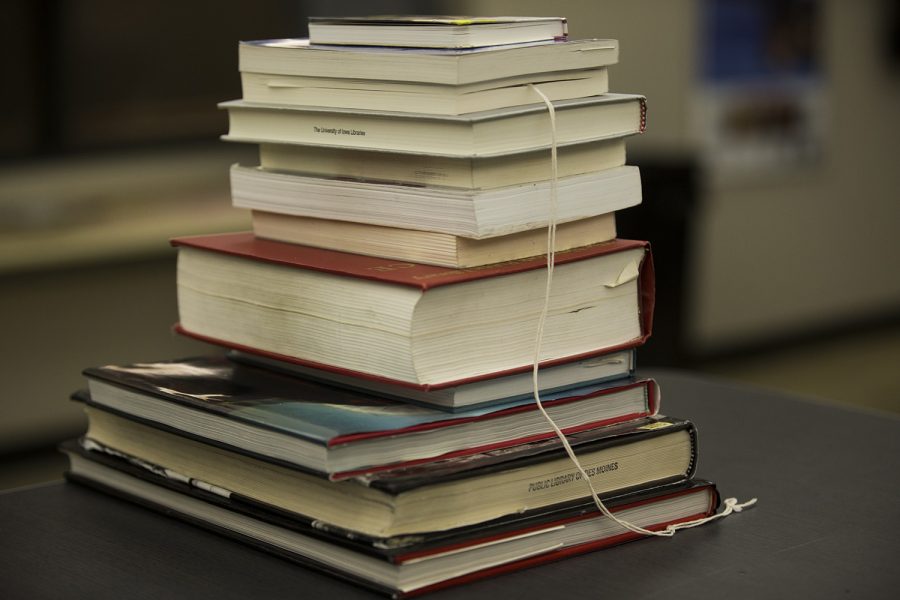 At first glance, one would be hard pressed to spot a difference between traditionally-published and self-published books. However, the path from conception to publication is very different. Detailing personal experiences with the modern process of self-publishing, three Iowa residents help give insight to its complex world.

Iowa City is an enriching place for artists and writers to thrive. The renowned University of Iowa Writers’ Workshop attracts some of the best in the nation in search of graduate training, and students from around the world are also involved in its undergraduate creative writing program. At the end of the day, not every one of these creators can find a place under the roofs of HarperCollins or Simon & Schuster.

Recent UI graduate Rebecca Cammenga discovered more about the self-publishing route through a course she took at the UI. The course, entitled Book Design for Publishing, led Cammenga and her classmates into aspects of the publishing process, including typography, cover design, and formatting.

“I thought it was an extremely beneficial process to learn,” Cammenga said. “One thing I hadn’t really thought about was that writers write the words in such an intentional way, but how people design their books affect people too.”

The course also required Cammenga to self-publish a piece of her own. She chose the first draft of a novella she had been working on at the time, and though only printing a few copies for friends, family, and her professor, Cammenga said she found the process insightful.

“It’s valuable to learn every aspect of the publishing process,” said Cammenga.  “Whether it’s traditional or not.”

The website platform used for the class, Lulu, served as an online distributor of the work, offering initially free services for those looking to put their book somewhere. Beyond that one specific service, there are a bevy of options for authors to pay for editing, cover art, and other additional services within the publishing process.

While books adorn shelves so easily, it’s easy to forget how much money goes into their production, which can be a big factor when it comes to self-publishing, said Iowa City resident and self-published author Steven Anderson.

Self-publishing through Xlibris, a company based in Indiana, and utilizing similar services to that of Lulu’s paid services, Anderson said he has not yet made back the costs he has already invested in his book Journal to Narayama and Love Poems, originally published in January 2019.

“You have to have a maximum of how much it’s going to cost,” Anderson said. “The company did a wonderful job of the presentation for the book, but now the cost for publicity has me in debt.”

The amount of money Anderson spent versus the limited readership he has acquired has left Anderson, as he said, pessimistic about the process.

“I was disappointed in my process,” he said. “I didn’t really have any part in the process. The company did what’s expedient for them.”

As for whether Anderson will reattempt the process with any future books, he said directly, “I probably won’t self-publish again.”

Des Moines author Nicholas Sansbury Smith, who has found much success in the field of self-publishing, said this kind of result isn’t uncommon.

“Those companies are out there to prey on people who don’t really know what they’re doing,” Sansbury Smith said. “It took countless years for me to really understand the process.”

Sansbury Smith is a primarily self-published author of dystopian works such as his Extinction and Orbs series. His series Hell Divers has even landed him as a New York Times and USA Today best-selling author, taking this non-traditional route of self-publishing toward success.

Having worked for the State of Iowa prior to becoming a full-time writer and presenter on breaking into the self-publishing market, Sansbury Smith’s swapped daily work in the Department of Homeland Security for daily construction of apocalyptic plots.

Sansbury Smith’s first attempt at self-publishing, however, led to no glamorous results, but understanding the process for his second book led to selling around 30,000 copies within a matter of months. This digital influx of sales led Sansbury Smith to break into the traditional publishing machine.

“There’s a business behind the business,” Sansbury Smith said. “My recommendation is to figure out those things before you self-publish.”

This understanding of the process has allowed Sansbury Smith to craft himself a legacy as a hybrid author, he said. He also noted that the large success of his second self-published novel led to a breakthrough into the traditional publishing world. He attracted a literary agent confident in his work, which had already achieved a level of notoriety.

With experience in both worlds, Sansbury Smith said there are benefits and drawbacks to both processes. To be successful in self-publishing, a level of instinctive hustle is necessary.

RELATED: Local Iowa City author tackles the struggles of life through the power of poetry

“You really have to write fast, and you have to have an audience,” Sansbury Smith said. “Traditional publishers can be a better option for some because they are able to share their audience with you.”

Sansbury Smith said that while traditional publishers are stable in promoting to an audience, they have not been able to compete with his profits in self-publishing.

Sansbury Smith says he uses Amazon’s Kindle Direct Publishing for his self-published work, which grants him 70 percent of the royalties garnered by the work as long as his books are priced over $2.99. In contrast, Sansbury Smith said traditional companies only offer 20 percent to 25 percent the standard of a traditional company. Through Amazon, he sells both digital copies that range from around $2.99 to $5.99.

Cammenga, a younger author by comparison, said she still has a desire to be published in a more traditional setting — regardless of the gratification or success brought through self-publishing. However, she said she would consider the process if she encountered difficulties with the traditional process.

While traditional publishing, having to vie for attention from agents and publishers alike, might be arguably more competitive at face value, that does not mean the self-publishing market lacks any kind of challenge. Competition has drastically increased over time, according to Sansbury Smith.

Bowker, a company centered around bibliographic information, released a report in 2019 that showcased the growth of self-publishing through the increase of ISBN numbers assigned to self-published books. While not accounting for all books such as e-books released through Amazon’s Kindle Direct Publish service that are not required to have an ISBN, the report showcased a 40 percent growth between 2017 and 2018.

While Bowker shows a rise in the amount of books that are self-published, for corporate giants like Amazon, exact statistics are not accessible in regards to their self-publishing rates including both physical and digital copies.

Beyond the competition, Sansbursy Smith said, there is a possibility and creative freedom that can allow any author to flourish with a proper business understanding.

“Now is the best time to be a writer — especially with self-publishing,” said Sansbury Smith.