University of Iowa Health Care has partnered with Encompass Health to open a new rehabilitation hospital in Coralville. The facility is projected to open in May, and will be the first hospital Encompass creates in the state of Iowa. 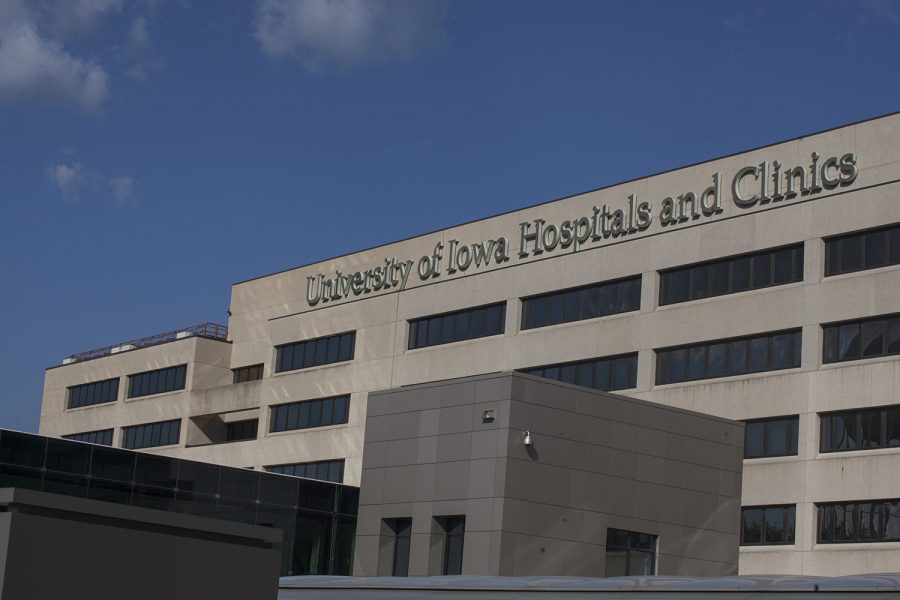 University of Iowa Hospitals and Clinics as seen on Sept. 17, 2018.

Notable for its medical presence in Iowa City, University of Iowa Health Care was a simple choice for Encompass Health’s partner in the creation of its first rehabilitation hospital in the state of Iowa.

UI Hospitals & Clinics CEO Suresh Gunasekaran said Encompass received approval for a certificate of need last summer, which provided evidence of a lack of rehabilitation services in the area, and so it began brainstorming the project.

Encompass Regional President Troy DeDecker said the ribbon-cutting ceremony for the rehabilitation hospital will take place in May 2020 and, if everything goes well after the opening, specialty programs will begin development.

According to UIHC spokesperson Tom Moore, the building and equipment will altogether cost $27 million, with the expense split evenly between UIHC and Encompass.

Encompass reached out to UIHC in its search for a partner, Gunasekaran said, which found it to be an intriguing opportunity.

“So many of our patients that are at UIHC need rehab services after they leave here,” Gunasekaran said. “Encompass does a great job creating a facility and specializing in helping people rehabilitate with the appropriate physical therapy and other support services that are so important.”

Another appealing aspect of the partnership was the fact that doctors at UIHC will work at the new hospital, he said.

“[Employing] our physicians can ensure that we’re using the latest clinical practices to make sure that patients that came from our hospital and other hospitals do really well there,” Gunasekaran said. “There’s a great opportunity to put the best of both worlds together.”

Hillary Carnel, associate director of media relations and marketing events at Encompass, said a majority of the rehabilitation hospital’s patients will also come from the university hospital.

“They will first be treated in the hospital, where they would go ahead and assess the need, and then the rehab hospital would be the step after it to help [patients] get back their function and begin relearning the skills that they lost,” she said.

Patients get three hours of therapy a day, five days a week, Carnel said. This can include physical, occupational, or speech therapy, occasionally utilizing all three for specific situations such as a stroke. All patients are given an individualized treatment plan to best fit their exact needs, she said.

The ultimate goal for the new hospital is to get patients back to the lives that they had before their debilitating illnesses and injuries, Carnel said.

Encompass hopes that this hospital will spread the company’s recognition throughout the state and grow its relationship with the university, DeDecker said. It aims to provide rehabilitation access to Iowa City’s population as the service is currently unavailable, he added.

“Most of the patients that need the type of program that we are building are currently going to other types of services like skilled nursing facilities, and skilled nursing facilities provide them as well, they just don’t provide the intensive level of therapy,” DeDecker said. “I think, for us, if we can provide a service to patients from the university that haven’t been able to get that service before, we can get them back home into their community, and living a productive life — that’s a success.”