Rule changes in 2020 will expedite the caucus process, but at the cost of deliberation. 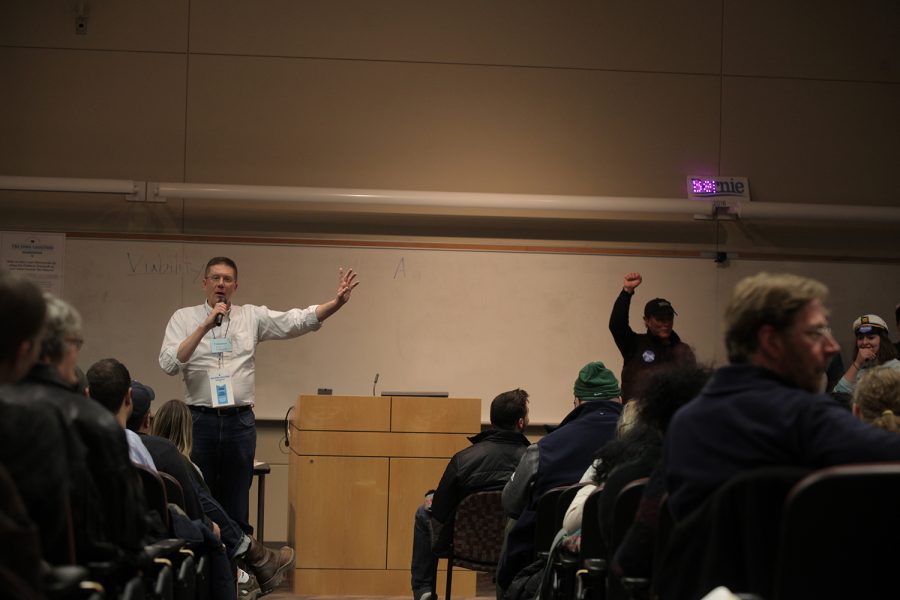 An Iowa caucus leader speaks to the audience during the caucus on February 1st, 2016. The caucus held supporters of Bernie Sanders, Hillary Clinton, and Martin O'Malley.

A variety of new rules will be implemented for Iowa’s 2020 caucuses. Among them are more extensive vote reporting and new satellite caucus locations — both are attempts to add transparency and accessibility to a process that many argue is growing antiquated in a technological era.

Other rule changes, however, take two steps backwards instead of forward. In an effort to shorten the time commitment of the Democratic caucuses, the 74-page Delegate Selection Plan for 2020 allows for only a single realignment period: the 15-minute timeframe in which caucusgoers deliberate and try to sell their candidates to those still uncertain.

Alongside the single realignment limit, the new plan also locks participants into their groups once their groups are declared viable. Members of viable groups won’t be able to change their minds during realignment and their pledged support will go to their initial choices, as recorded on presidential preference cards. They can even leave during realignment: once the tally is on paper, it will be counted accordingly.

To their credit, the rule changes will drastically shorten the time commitment of caucusing, but they’ll do so at the expense of the deliberative process, and thus run contrary to the whole point of the caucus tradition.

Iowa’s delegate-selection process is designed to encourage indecisiveness. Being first in the nation means there’s a lot of pressure to get things right, and that makes caucusgoers understandably indecisive. The new lock-in policy shuts down both deliberation and indecision by putting a time cap on all discussion and by discouraging members of viable groups from even listening to others.

Also problematic is that the 15 percent lock-in threshold applies to any group, even undecided voters. If more than 15 percent of attendees declare themselves “uncommitted” in the initial selection process, even if they’re doing so to get a feel for the support in their precinct, those caucusgoers are locked into that choice and locked out of making an impactful decision.

Lock-in thresholds are particularly troubling, given that recent polls estimate almost half of Iowans remain undecided, and a similar portion of those who have decided are “able to be persuaded otherwise.”

In theory, caucusgoers could circumvent the uncommitted group restrictions by caucusing for candidates who are not viable. However, the fact that they would have to do so indicates that changes have merely added to the complexity of the electoral experience. In short, it’s too confusing.

The point of the caucus process is precisely for participants to be indecisive. Nobody relishes the experience of hashing out politics with their neighbors late into the night; Iowans do it because testing each point of view through a deliberative, if lengthy, process is the only way to reach a confident solution to such an important question.

The new process increases accessibility on the margins at the cost of forced, time-pressured decisions.

Accessibility concerns have historically been about start time, not the length of the caucus process. People who participate tend to represent a dedicated and energized portion of the electorate. Those who must skip out because of work, or class, or child care won’t have any more access to a one-hour process than a three-hour process if it still takes place at 7 p.m. on a cold Monday night in the middle of winter and the school year.

The caucus method is confusing and wrought with inaccessibility, that much is clear. But, by trading so much of its social aspect for a marginal increase in access, Iowa has put the cart before the horse. The importance of making the first pick in the nation comes with the burden of a lengthy process, and if Iowans are unwilling to accept that burden, they should consider giving someone else the first shot.