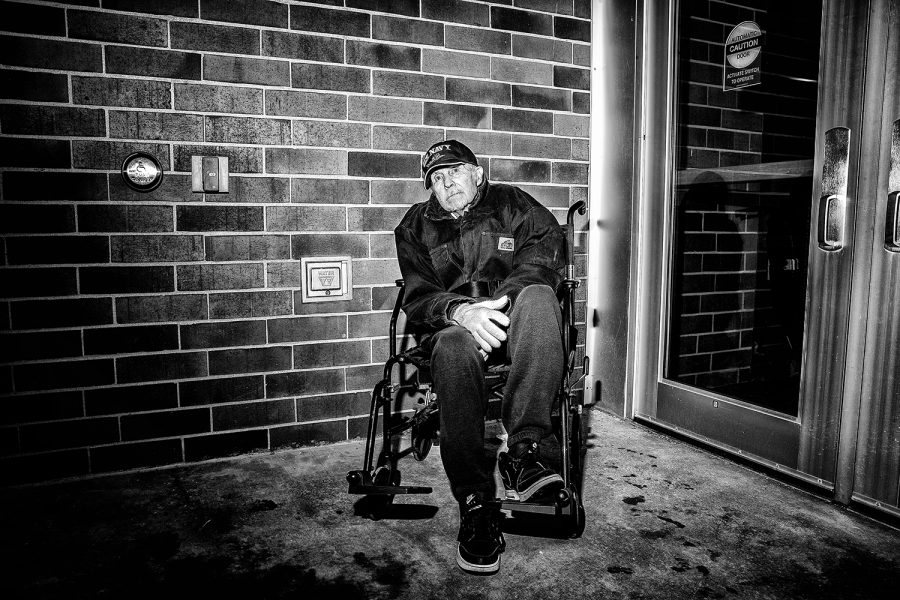 Norman Lettington, a U.S. Army veteran sits in a wheelchair outside of the VIP entrance outside of a rally for President Donald Trump at the Knapp Center on Thursday, January 30, 2020. Hundreds of individuals including supporters, protestors, and members of the press were left outside after the event reached maximum capacity, including Lettington. Lettington is diagnosed with Alzheimer's and has a few months left of life. Currently being treated in the veteran's unit in the hospital, he cannot make most trips out to the public. Lettington traveled to the event in hope of seeing President Trump in person.