Opinion: Science communication lacks much-needed clarity, but it can be improved

Scientists and journalists can do a better job of informing each other and the public. 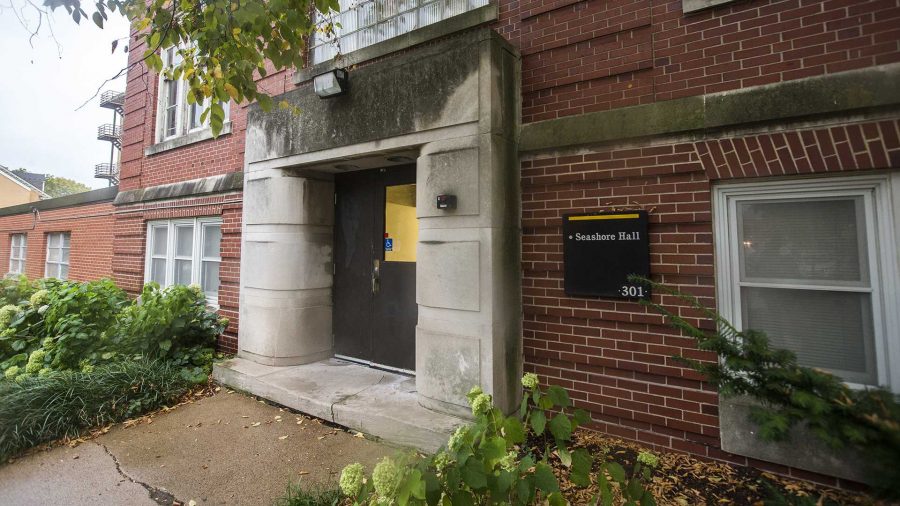 Seashore Hall is pictured on a rainy day on Monday, Sept. 18, 2017. The Iowa Board of Regents approved plans to build a $33.5 million facility at the corner of Gilbert St. and Iowa Ave., but the higher than average construction costs are continuously delaying efforts.

We’ve all seen headlines claiming something supposedly proven by a new study such as “foot size determines IQ.” As a psychology major, I know this is a third variable effect. Another variable explains the association — in this case, fully grown adults are smarter than children, who have smaller feet. What can scientists and journalists do to prevent these headlines?

I sat down with several people at the University of Iowa who specialize in both fields.

Ariel Kershner, a UI Psychological and Brain Sciences graduate student, had an idea.

“When you hear about scientific findings on The Today Show, it’s ‘eat all this chocolate, it’s great for you,’ ” Kershner said. “But they don’t go behind the methods and limitations. It’s important for [journalists] to focus on the background of the study.”

UI journalism Assistant Professor Rachel Young had a similar idea. As a former science reporter, she said journalists need more comprehensive literacy. It may be obvious to some people that a single study doesn’t prove a hypothesis, but that’s something that needs to be fully fleshed out more often.

“An understanding of scientific knowledge isn’t the same as anecdotal,” Young said.

If journalists were more knowledgeable of the scientific process, they would know what a third variable effect is and how correlation does not equal causation. They would be able to better report scientific data, but many journalists don’t have science backgrounds.

David Ryfe, director of the UI School of Journalism and Mass Communication, said, “In science, the issues can be technical. Rely on the experts and try to represent what they’re doing as clearly as you can.”

So, journalists should question scientists. That seems like a simple goal. However, scientists don’t always communicate in a way journalists understand.

UI Psychological and Brain Sciences Department Chair Mark Bloomberg said being a good scientists means clearly communicating your findings to those in the media.

“That gets at the broader question of why it’s important to communicate science to the public,” Bloomberg said. “Doing so through journalists is maybe the best and most common way to do that.”

Science improves lives. Journalists can use communication skills to present science to the public. Being a good journalist means covering science accurately.

In order for there to be collaboration, there needs to be communication. Young said that while she has interviewed scientists, she doesn’t know what a scientist’s job looks like. Everyone interviewed from the Psychology Department said they do not know what a journalist’s job looks like. If scientists and journalists talked to each other about what their jobs looked like, there would be more understanding between members of the two professions.

“When the two collaborate, there is a chance to utilize their strengths,” Bowren said. “A scientist might be better at interpreting the data whereas the journalist would be better at translating [it] into a digestible form.”

Inaccuracies could be prevented if scientists asked the journalists whether the information is clear, and if not, how to make it clearer. Journalists could take extra care to verify quotes and paraphrased information with the scientist. Students studying journalism could take research methods courses and science students could take courses on communication.

Miscommunication can lead to people not getting the correct information, and making poor decisions as a result. Both professions serve the people. They should work together so media serves the public accurately.