Hit The Wall is a celebration of LGBTQ+ progress, and a tribute to those who put everything on the line to fight for LGBTQ+ rights. 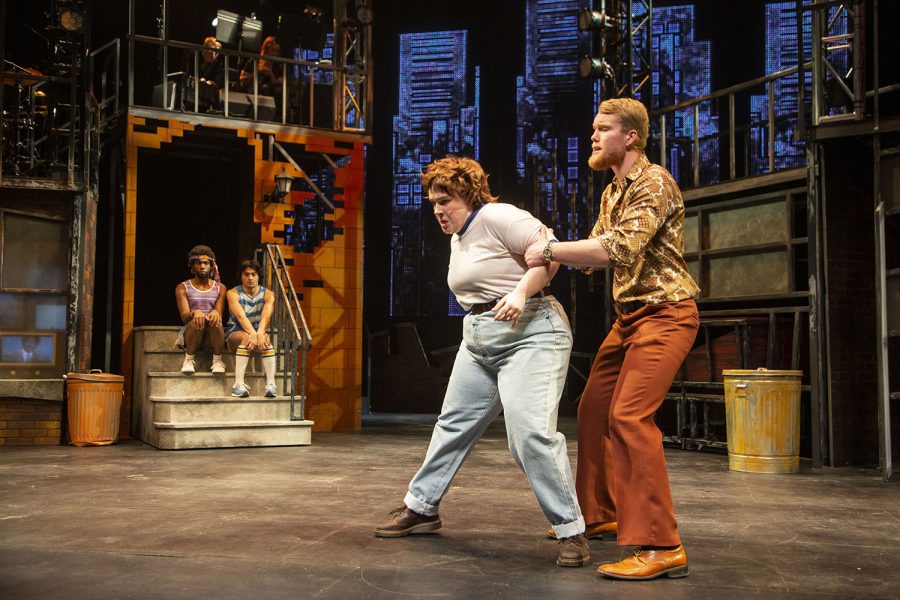 Hannah Frame rehearses a scene as Peg during the Hit the Wall dress rehearsal in the Theater Building on Tuesday, Jan. 28, 2020. Hit the Wall depicted the violence of Stonewall riots.

The University of Iowa Theatre Arts Department is bringing the story of the Stonewall riots to the stage.

After Hit the Wall’s first performance at 8 p.m. Jan. 31, a Stonewall celebration will be held at the UI Theater Building. UI President Bruce Harreld will speak, and there will also be dancing, a drag show, and light refreshments provided.

In 1969, a group of LGBTQ activists fought back after police raided the Stonewall Inn, an underground gay bar in New York City. Now, Stonewall is the focal point for New York City pride celebrations.

Last summer, New York celebrated the riots’ 50-year anniversary. Iowa City is having a celebration of its own, and Hit The Wall is taking center stage.

Although the Stonewall riots are considered by many to be a historic turning point in the fight for LGBTQ rights, the uprising often goes unmentioned outside of LGBTQ spaces.

Britny Horton, who plays Roberta, said she hadn’t heard of Stonewall before auditioning for the show.

“I think Stonewall hasn’t gotten the recognition it deserves,” Horton said. “I think it was just as revolutionary as the Civil Rights movement and we don’t learn about it in school.” 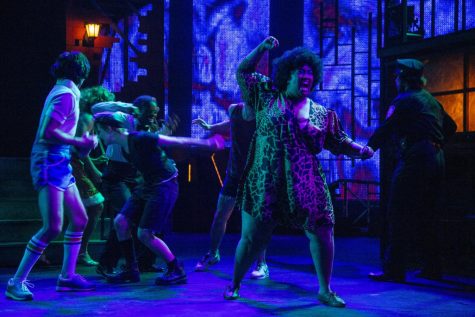 “I think the play does a pretty good job of telling the story itself, but we really wanted to have all the facts for ourselves to really own the words in the play,” White said.

The duo visited several Stonewall exhibits that displayed photos documenting LGBTQ life in the 1960s and ‘70s to get a better picture of life for LGBTQ people at the time. White said the exhibits inspired their costume and set design.

“Bo and I were there taking photos of everything and sending it to our costume designer and saying, ‘Oh, there’s our Roberta. That’s our Tano,’ ” White said.

However, the most valuable information they received while in New York came from survivors of the riot themselves.

“Hearing it firsthand helped us weed through the myths,” Frazier said.

Frazier said that it wasn’t white cisgender men who were leading the charge, even though they often get credited for doing so.

“This script is reclaiming the narrative for trans people, for people of color, for the street youth who had nowhere to go,” Frazier said.

Frazier, White, and Horton expressed a strong commitment to telling the story as truthfully as possible.

“These are real people’s stories and bringing truth to those roles is the most important thing,” Horton said.

While Horton said she is not a member of the LGBTQ community, her experience with being part of the Black Lives Matter movement has helped her understand the reality of her character. 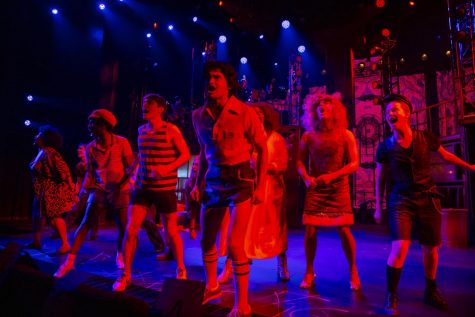 White said this story is important to tell, even 50 years later.

“It’s important to share this story with 50 years of retrospect and to get that story out there in a form that’s accessible and exciting,” White said.

“It’s a sort of call to action, and I hope that the audience can see that,” Frazier said. “While they  can see how far we’ve come, they hopefully will see how far we have yet to go  and will do the work we need to do to further equality in our nation and in the world.”