Winter conditions can make biking a challenge, but with the right equipment, Iowa City is still a haven for bikers. UI Associate Professor Steven Spears talks about his experience as a biker and how to better prepare for conditions. 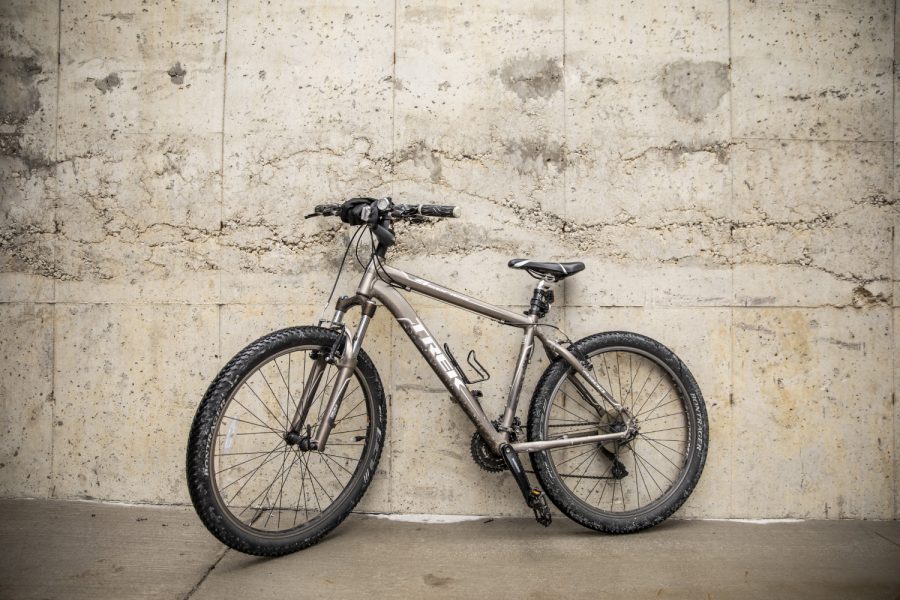 The local biking community is pedaling through less-than-ideal winter conditions in Iowa City this January, but bikers say that with the right equipment and experience, riders can stay safe.

University of Iowa Associate Professor of Instruction and member of Iowa City Cycling Club Steven Spears said that, although winter conditions can make biking a challenge, it can actually be really rewarding — with the right amount of preparation.

“It’s a different kind of riding, and so it’s just something that gets you out of the routine,” Spears said.

Spears said that people ride bikes at higher rates in some cities even colder than Iowa City. He said that Minneapolis, which often experiences more freezing temperatures than Iowa City, has one of the highest rates of people biking to work. The importance lies in infrastructure and the availability of bike lanes to bikers, Spears said.

“It does seem to be making a big difference in the number of riders,” he said. “So, for people who are beginners especially, that feeling of having a bike lane where you have a space that you can ride and you feel protected is important.”

Spears added that confidence is an important component of riding in the winter. When bike lanes are obstructed by snow, it is important that bikers are assertive on the road in order to maintain their place in traffic.

“Take as much space as you need, and make sure you’re visible, using lights and bright clothing,” he said.

RELATED: Local cyclists share strategies for biking in the winter

World of Bikes salesman Ryan Egan agreed, saying that equipment is key to riding and racing bikes in the winter. Equipment such as lights, helmets, and coats with reflective material are important for the winter months, he said.

“Generally everything between something reflective and bright, especially riding and night … being seen is the most important thing about the riding,” he said.

Spears, who commutes to work each day, said that having winter tires with studs also prevents slipping on ice and being affected by potholes.

UI senior Jack Nagla, vice president of the UI’s cycling club, said racing bikes in the winter is not enjoyable most of the time. The earlier sunset times, expense of clothing, and aggression of drivers make the sport more difficult.

“I don’t like riding outside after dark, drivers are aggressive … especially if you’re alone,” he said.

Nagla also said road conditions can be dangerous at times. He recalls “almost wiping out” three times in one morning because he did not have the preferred tires for biking in winter conditions.

Spears, however, said biking should not be limited to experienced riders. He said the most important thing is for people to “get out and try it.” The experimentation of the sport in different conditions is what makes it rewarding, he said.

“To me, that’s part of the fun of it — the winner to get to experiment with,” Spears said. “So just get out and try it and experiment.”