Opinion: Pete Buttigieg is the best candidate for moderates and in this election

Despite his flaws, the former South Bend, Indiana mayor has the policies and persona to win over the party. 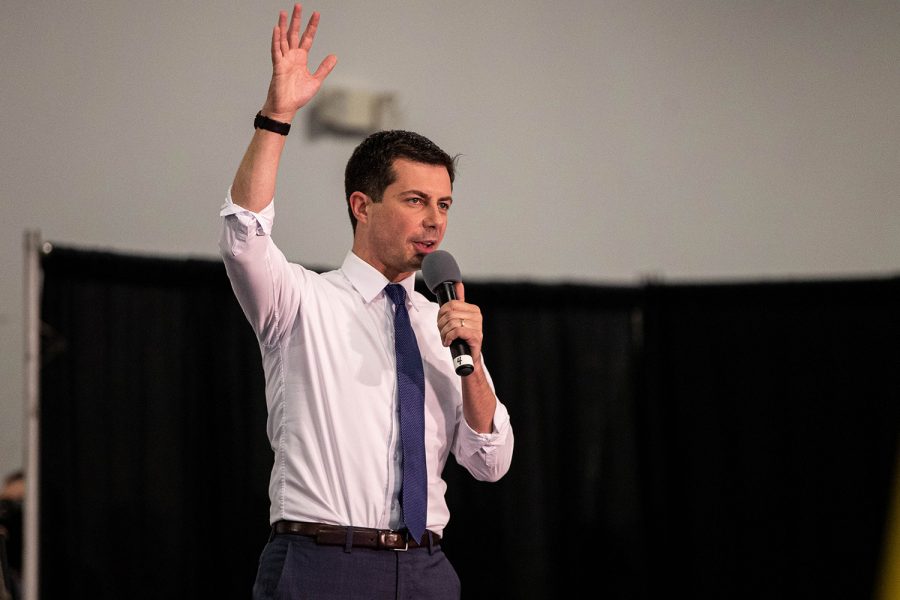 The eventual Democratic presidential nominee will signal the party’s strategy for the next four years. Win or lose, the party will spend the next presidential term either digging its heels into a strategy of partisan warfare and resistance, or pivot to a goal of recovering from and possibly mending the political divide.

The trouble is that every moderate candidate in this election, like every election, is far from perfect. But out of the choices in this presidential primary, the best choice is former South Bend, Indiana Mayor Pete Buttigieg.

Regardless of the merits of radical politics, independent swing voters will inevitably play a sizable role in selecting the nominee.

Even for the Hawkeye State, unusually high numbers of Iowans are still undecided with under a week to go. With a lack of ideal candidates to choose from, centrist Iowans must choose the least objectionable. Compromises will have to be made by those hesitating over imperfections. The best among these compromises is Buttigieg, who has the greatest chance to take back the White House for the Democrats.

This comes with a few caveats. First, Buttigieg polls poorly among voters of color, which is a noteworthy red flag that needs remedied. Failing to do so would mean that the former mayor wouldn’t accurately represent the Democratic electorate and would hurt his chances at winning the general election.

It’s important to add that the only centrist candidate polling remotely well among black voters nationwide is Biden. However, embarrassment dogs the former vice president on other issues, and is prone to gaffes that risk alienating his valued support.

The second caveat: Buttigieg’s ads are annoying. I can’t recall the last YouTube video I watched without being beseeched to “picture that first day when the sun comes up in this country, and Donald Trump is no longer president.”

Despite being a little repetitive, Buttigieg’s ad campaign is still better than the relative lack of effort coming from most other moderates.

But democracy isn’t about perfection, it’s about trying to agree on something. Buttigieg stands out because his key talking points are a mix of more effective and more politically realistic than those offered by any other moderate still standing.

His health-care plan, dubbed “Medicare for all who want it,” is a characteristically incrementalist spin on a key Democratic talking point. The idea of consumers paying for their own coverage with an affordable premium would dramatically expand health-care coverage, but it sticks to America’s ingrained free-market values.

It’s more intuitive than making sense of Steyer’s or Yang’s reasonable but complicated talking points on health care. It’s more satisfying than Biden’s proposal that sounds like a sequel to Obamacare from a different director, and it’s better articulated than Klobuchar’s broad proposal for a vague alternative public option.

While health care is the go-to example, Buttigieg’s campaign is riddled with other Goldilocks solutions that appeal to the same crowd. The use of government contracts as incentives for companies that meet ethical and legal criteria is one such mix of free-market incentives to accomplish big-government goals.

Likewise, universal tuition coverage for undergrads whose families make less than $100,000 per year is a far-left solution, but limited to the specific group of people that needs it. Subsidies for families making under $150,000 is a politically palatable extension of the same aid.

For indecisive moderates hoping that a better option will step up before Feb. 3, the harsh reality is that no such candidate exists.

He may not be everyone’s perfect candidate, but Buttigieg is the best bet moderates have. That’s a bet worth taking.