After two previous trial delays in the case of UI student Mollie Tibbetts’ murder, the defense is asking for another delay due to more evidence and witness testimony that needs to be considered. 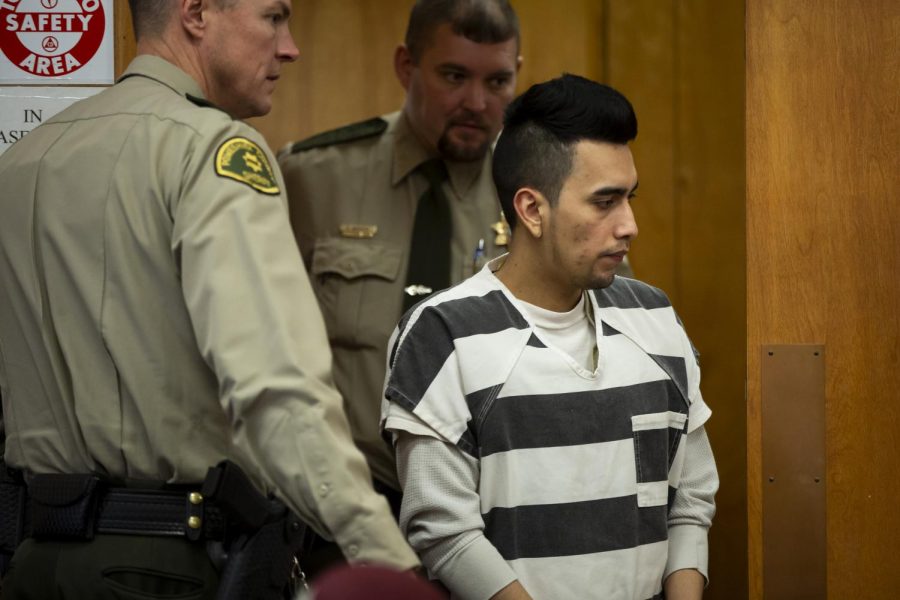 The lawyers for Cristhian Bahena Rivera, the man accused of killing University of Iowa student Mollie Tibbetts in July 2018, have requested his trial be postponed and have asked the Iowa Supreme Court to review a judge’s ruling denying an evidence-suppression motion.

Defense attorneys have asked to delay the trial to allow for time to depose new witnesses who may be called to testify, as well as to review evidence of which the defense said it recently became aware.

The trial is currently set to start Feb. 4 at the Woodbury County Courthouse. Two other starting dates have previously been scheduled for the trial — Sept. 3 and Nov. 12 — but a continuance was granted each time.

Bahena Rivera is accused of abducting and killing Tibbetts on July 18, 2018 while she was out on a run. He was arrested after leading law enforcement to her body on Aug. 21, 2018.

According to court documents filed Sunday by Bahena Rivera’s lawyers, Chad and Jennifer Frese, are arguing a motion of continuance should be granted for this trial because denying the motion would  “prejudice defendant and substantially deny his right to a fair trial.”

The state has filed a resistance to the defense’s motion for a continuance, saying that there is no basis for further delay, as the state has complied with its obligations in the case.

In the documents, the defense argues that it received a piece of evidence the state planned to use in trial nearly a year after the state had it in its possession, and “this late disclosure to defendant is prejudicial.”

The piece of evidence included a knife with a suspected piece of hair on it. Documents read that no fingerprints were found on the knife.

Documents also state this report found that fingerprints on items in the trunk of the Malibu belonging to Bahena Rivera — where he allegedly put Tibbetts’ body — do not match his fingerprints.

“It does not appear that the fingerprints found in the trunk of the Chevy Malibu have been compared against any other individual’s prints. However, given the fact that there are fingerprints in the trunk that do not belong to defendant, the defense believes strongly that this evidence should be followed up on by its investigators and experts as it is highly exculpatory,” documents read.

In addition to fingerprints, documents state that blood found in the back of the vehicle was determined to not be Tibbetts’ blood. Instead, documents read, the state’s criminalist found that the blood was a mixture of two individual’s blood — Bahena Rivera not among them — and find this evidence “even more relevant and salient” after finding out the fingerprints found in the vehicle were not Bahena Rivera’s.

In its resistance, the state argues the defense has known about the presence of Tibbetts’ DNA since around the dates DNA reports were issued on Nov. 9, 2018, and Oct. 2, 2019.

The defense also noted that a trial continuance is needed due to the state filing additional witnesses to testify during the trial, including criminalists with the state crime lab, a forensic anthropologist, and two individuals who may have been the last people to see Tibbetts before her death.

This list also includes Dalton Jack, who was Tibbetts’ boyfriend at the time of her death, but he may not be available to testify at the trial because he is currently deployed overseas with the armed forces.

RELATED: Man accused of killing Mollie Tibbetts did not testify on second day of evidence-suppression hearing

The state argues prosecutors were informed months ago that the defense did not intend to depose any of the state’s witnesses.

Bahena Rivera’s attorneys have also filed a request for interlocutory appeal to ask the Iowa Supreme Court to review Eighth District Judge Joel Yates’ ruling on their motion to suppress certain evidence in the trial.

Yates in December 2019 denied the defense’s motion to suppress certain evidence after an evidence-suppression hearing in November. He ruled that most of the evidence can be included in the trial, excluding statements Bahena Rivera made between the time he was incorrectly read his Miranda rights and when he later was given them in completion.

The motion argued that evidence collected during his initial questioning and arrest shouldn’t be used in trial, claiming his rights were violated due to an incomplete reading of his Miranda rights and a lengthy interview.

According to the defense’s motion, a delay in the trial is allowed to occur as the Iowa Supreme Court reviews the ruling on the motion to suppress in accordance with appeals procedure.

However, the state said in its resistance that a trial delay should not be granted on this basis. The defense did not file its appeal until nearly a month after Yates’ ruled on the matter, prosecutors argue, and the Iowa Supreme Court will have sufficient time to consider the appeal by the Feb. 4 trial date.