Iowa running back Toren Young will leave Iowa with one season of eligibility remaining. 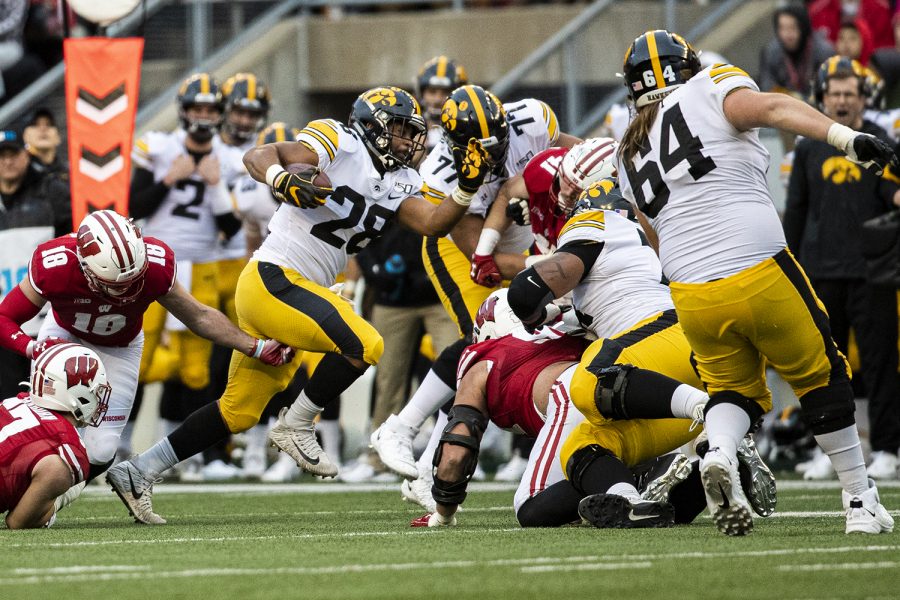 Iowa running back Toren Young carries the ball during a football game between Iowa and Wisconsin at Camp Randall Stadium in Madison on Saturday, November 9, 2019.

On the same day defensive end A.J. Epenesa declared for the 2020 NFL Draft, running back Toren Young announced that he will forgo his fifth and final season at Iowa.

Young wrote in a tweet that he will use the spring to focus on graduating, along with preparing for a future on and off the field.

“After long thoughts, prayers, and time spent with my family, I have decided that at this time I will forgo my fifth year at the University of Iowa and will shift my focus to, first and foremost, graduating this spring, training, and preparing for my professional life both on and off the field,” Young wrote.

Excited for this next chapter of my life! keeping my faith in god, however or wherever he decides to use me!
Jeremiah 17: 7-8 🙏🏾 pic.twitter.com/uSwtMBUCqm

Young’s absence will leave a lack of power running in the running backs’ room, but it also opens the door for Tyler Goodson to get more involved as he gains experience.

Since Iowa’s Holiday Bowl victory on Dec. 27, four players with eligibility remaining have decided to leave the Hawkeye program.

Along with Young’s decision, Epenesa and Geno Stone entered the NFL Draft, while quarterback Peyton Mansell entered the transfer portal with the intent to play at Abilene Christian.