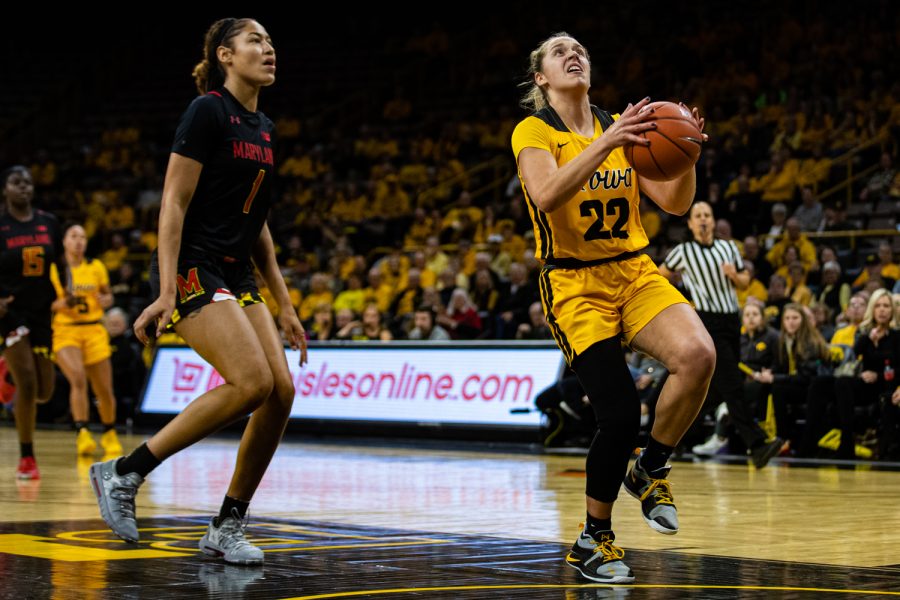 Iowa guard Kathleen Doyle drives to the net during a women’s basketball game between Iowa and Maryland at Carver-Hawkeye Arena on Thursday, Jan. 9, 2020. The Hawkeyes defeated the Terrapins, 66-61.

The awards keep pouring in for Iowa’s Kathleen Doyle.

Doyle averaged 26 points, six rebounds, and six assists in Iowa’s two upset victories over No. 16 Maryland and No. 12 Indiana last week. The senior fell just short of a triple-double in the Hawkeyes’ double-overtime win over the Hoosiers, posting 31 points, 10 assists, and nine rebounds.

Doyle and the No. 22 Hawkeyes return to the court Thursday in Minnesota, where Iowa faces off against the Gophers at 7 p.m.