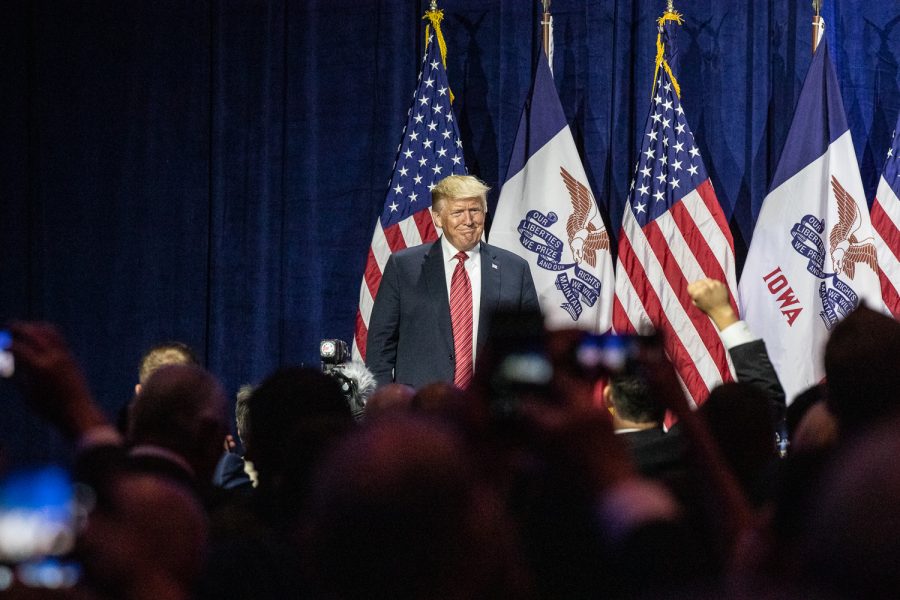 President Donald Trump walks to the podium during the Iowa GOP’s America First Dinner at the Ron Pearson Center in West Des Moines on Tuesday, June 11, 2019.

Just four days before the Iowa caucuses, President Trump will host a rally in Des Moines.

The “Keep America Great Rally” will be Jan. 30 at Drake University. Doors open at 3 p.m. and the rally starts at 7 p.m. Free tickets are available at this link.

Trump’s visit comes just before the first nominating contest for Democrats campaigning to be the one to face him in the November general election. Two Republicans have thrown their hats in the ring to unseat the incumbent president for the Republican nomination, former U.S. Representative from Illinois Joe Walsh and former Governor of Maryland Bill Weld. A November Des Moines Register/CNN/Mediacom Iowa Poll found the highest ever support for President Trump among registered Republicans in the state. Seventy-six percent of Iowa registered Republicans said they definitely planned to vote for the president.

The Iowa GOP chairman, Jeff Kaufmann, tweeted his support for the president’s visit.