The women's basketball senior earns the honor for the second week in a row. 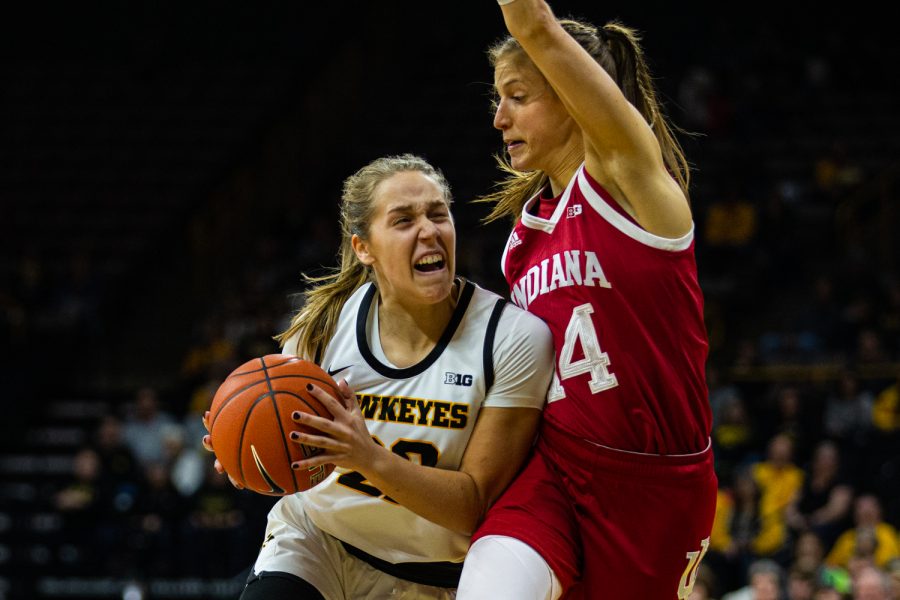 Iowa guard Kathleen Doyle drives to the board during a women's basketball match between Iowa and Indiana at Carver-Hawkeye Arena on Sunday, Jan. 12, 2020. The Hawkeyes defeated the Hoosiers, 91-85, in double overtime.

For the second week in a row, Iowa guard Kathleen Doyle has been named Big Ten Player of the Week, the conference announced on Monday.

Doyle averaged 26 points, six rebounds, and six assists per game in Iowa’s two wins over ranked opponents last week. She also shot 54.1 percent from the field and recorded a double-double.

The La Grange Park, Illinois, native scored a team-high 21 points in Iowa’s victory over No. 16 Maryland on Jan. 9.

The senior then followed that performance up by nearly recording a triple-double against No. 12 Indiana on Sunday, finishing with 31 points, 10 assists, and nine rebounds.

This is the second Big Ten Player of the Week award of Doyle’s career, both of which have come in the last two weeks.