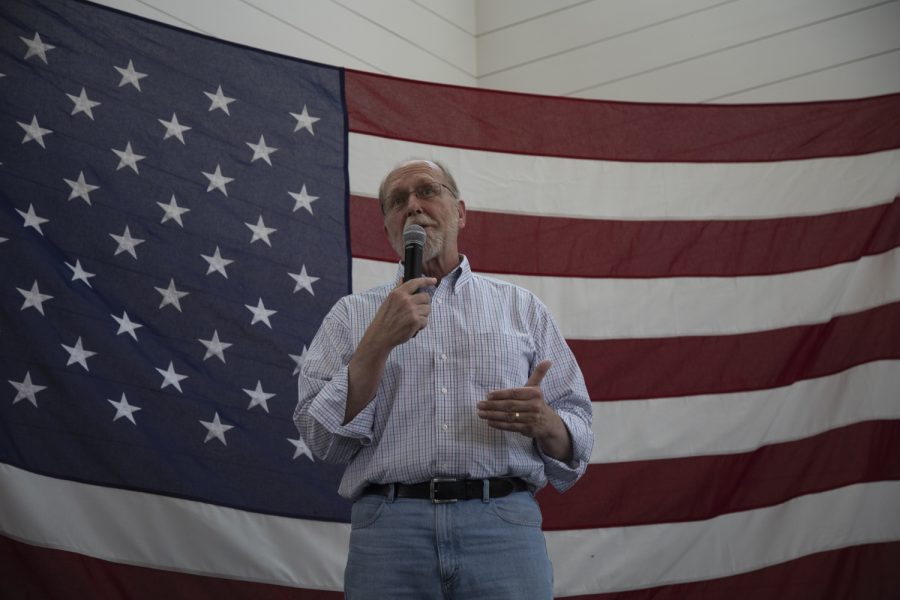 Rep. Dave Loebsack speaks during a brunch fundraiser for Sen. Zach Wahls at the Walker Homestead on July 14, 2019.

Loebsack, a Democrat, has served seven terms in Congress and will retire at the end of this year. Loebsack said in a press release that Buttigieg is the candidate who can restore decency to the presidency and bridge the partisan divide.

“Pete offers a new kind of leadership that we desperately need — he’s a midwestern mayor, a veteran, and is from a new generation,” Loebsack said in a press release from the Buttigieg campaign. “Iowans and our country face great challenges like climate change, increasing health care costs, and an economy that isn’t working for the majority of Americans.”

Buttigieg is the former mayor of South Bend, Indiana, and is among the top polling candidates in Iowa. In the November Des Moines Register/CNN/Mediacom Iowa poll, Buttigieg was leading for the first time with 25 percent of likely caucusgoers saying he was their first choice candidate. In the most recent Iowa poll released Jan. 10, Buttigieg dropped to third place, polling at 16 percent.

“As an educator and a public servant, Dave Loebsack has dedicated his life’s work to creating opportunities and making life better for Iowans,” Buttigieg said in the press release.