After calling for an "outside-the-box" agenda, Marianne Williamson ended her campaign for president Friday, narrowing the Democratic field to 13 candidates. 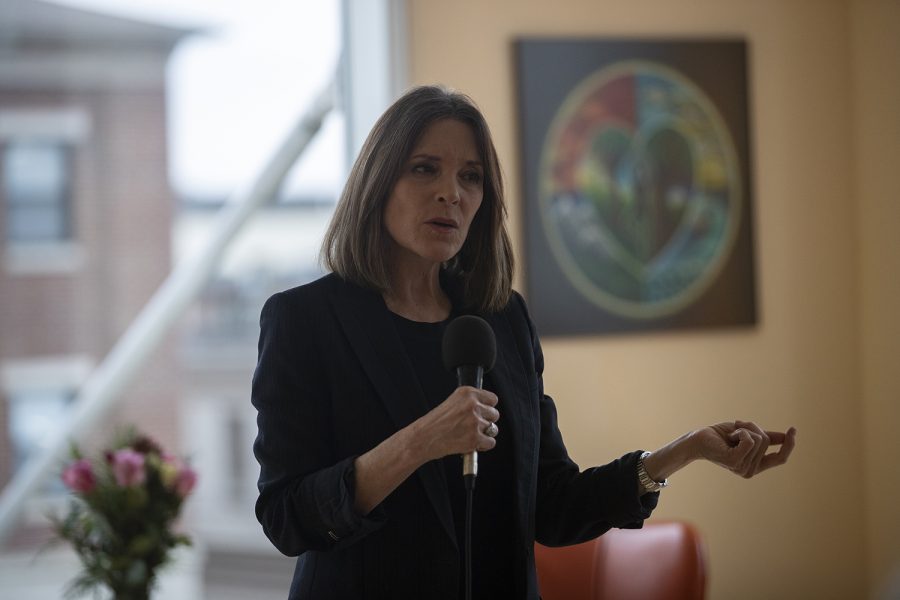 2020 Democratic candidate Marianne Williamson speaks at Heartland Yoga on Sunday, Dec. 1, 2019. Williamson spoke about the perception that she was out of her depth among other candidates, joking that she had seen others on the debate stage, and “there wasn’t a lot of depth” there.

Author and lecturer Marianne Williamson announced on Twitter Friday she’d be suspending her bid for the Democratic nomination for president.

“I ran for president to help forge another direction for our country,” Williamson wrote in a post to her website Friday. “I wanted to discuss things I felt needed to be discussed that otherwise were not. I feel that we have done that.”

Centering her campaign on an “outside-the-box” agenda, Williamson called for infusing love with politics. Part of her plans would have involved creating a Department of Peace and a Department of Youth as part of the executive branch. 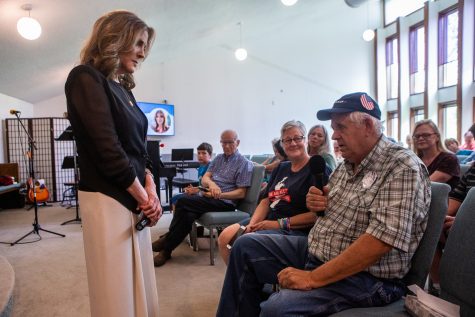 Author Marianne Williamson takes a question during a town hall event at the Unity Center in Cedar Rapids on Sunday, June 30, 2019. Williamson announced her campaign for the democratic nomination on January 29, 2019.

Around the first of the year, Williamson laid off her entire staff, though she hadn’t indicated she would end her campaign.

Williamson visited Iowa often, even buying a condo in Des Moines. One Fairfield woman who once won the Miss Universe pageant acted as Williamson’s driver.

The author, who announced her campaign Jan. 29, hadn’t qualified for the Democratic debates since July and was polling at less than 1 percent in Iowa. Her departure winnows the Democratic field down to 13 contenders. The final debate ahead of the Iowa caucuses is set for Tuesday in Des Moines.

“A politics of conscience is still yet possible. And yes….love will prevail,” Williamson wrote in her statement. 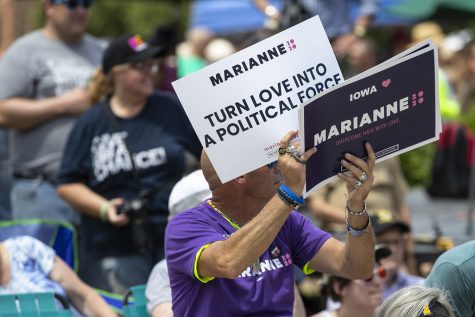